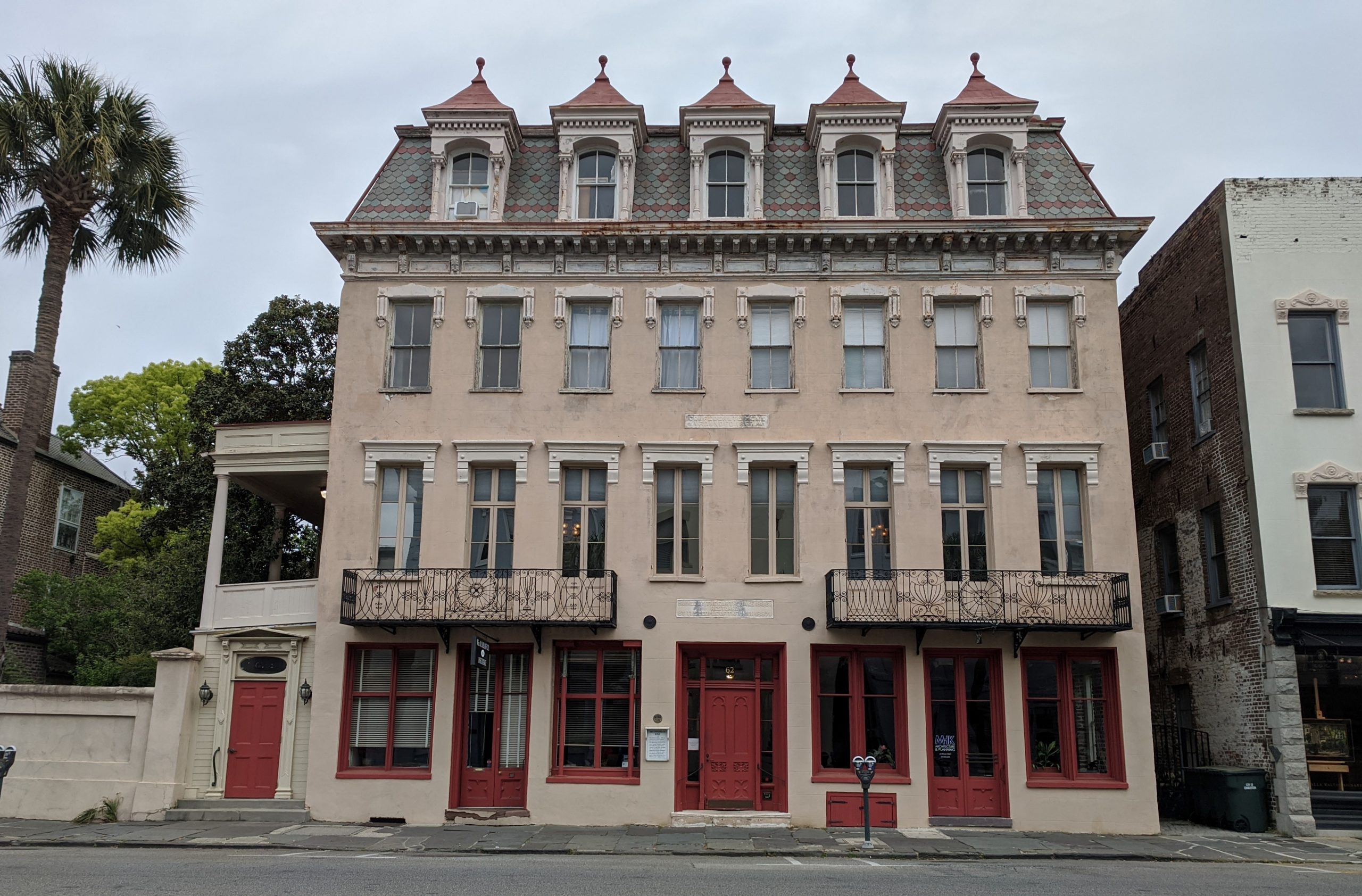 It was here in the Confederate Home, 62 Broad Street, that Charleston artist Ned Jennings (b. 1898) had a studio. A gay man with a speech impediment, Edward I. R. Jennings, son of the post master of Charleston, was mentored by Laura Bragg, who lived nearby on Chalmers Street (see 38 Chalmers). He was an assistant curator of the Charleston Museum which she directed and was one of the first abstract artists in the city of Charleston. Many of his works, including those on homo-erotic themes are housed nearby at the Gibbes Museum of Art at 135 Meeting Street. At loose ends, indecisive about his life’s direction, Ned Jennings killed himself in 1929 after the end of an affair with another man, staging the event as dramatically as some of his paintings and stage sets: he was found dead with a bible, an empty bottle of champagne and a gun. He published in the College of Charleston Magazine, and influenced Charleston painter William Halsey, for whom the College of Charleston’s Halsey Institute is named. Jennings is the basis for the Ned Grimke character in the novel Why We Never Danced the Charleston by Harlan Greene.