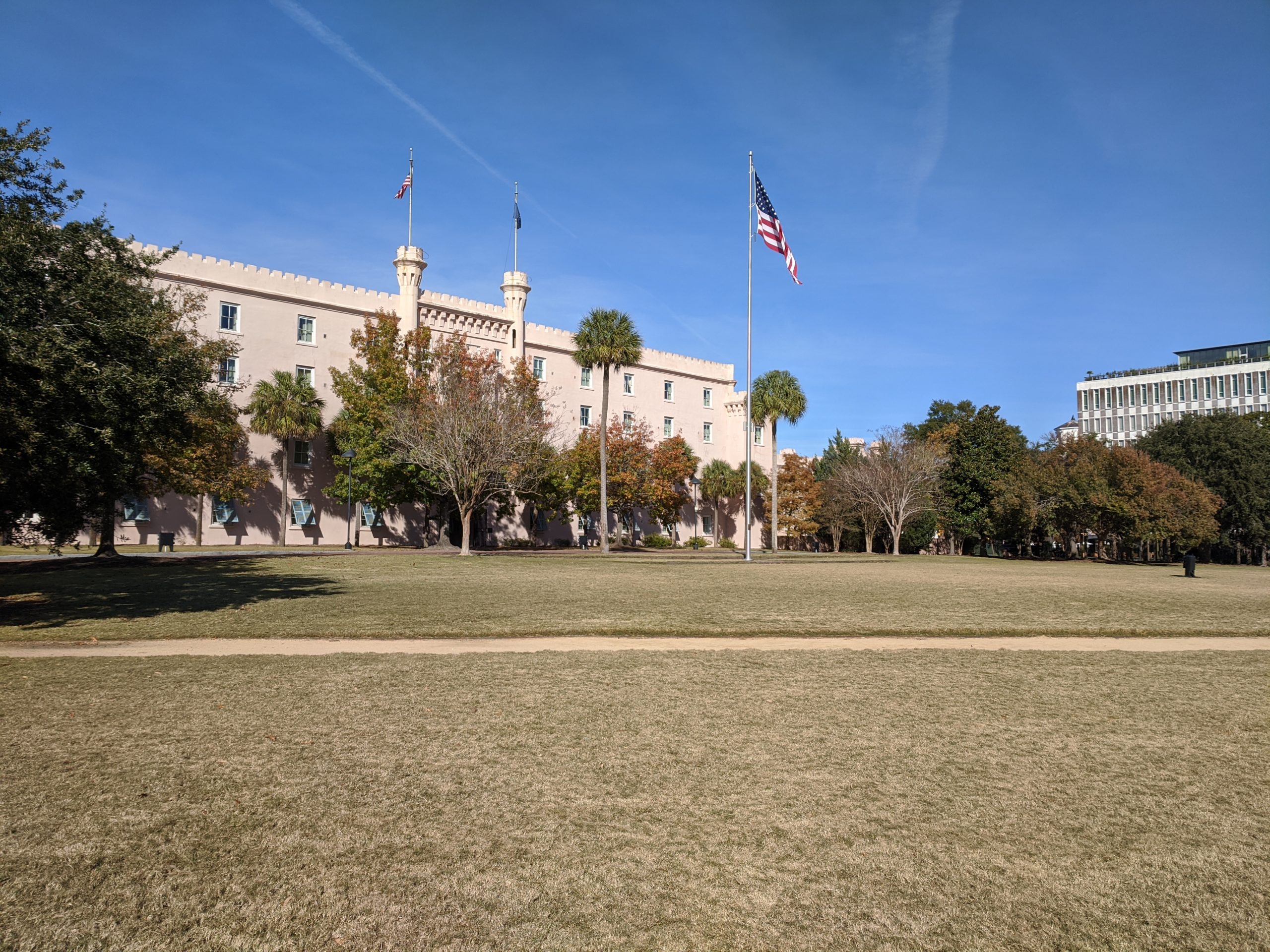 While not known traditionally as a gay cruising spot (see White Point Garden), there was a bus stop on the Meeting Street side of the park, across from Citadel Square Baptist Church, where military men would catch the bus back to their bases in North Charleston. It is said to have been a pick up spot and one for meeting for casual sex. As if to confirm this, there are some cryptic lines about men meeting here in a poem by a Charleston poet, Murray Bennett (1896-1973). The volume has the suggestive title Invisible Pursuit and carries an epigram by Elinor Wylie: “The Love that speech can never render plain” — close to Oscar Wilde’s “the love that dare not speak its name”. In “Marion Square” the poem starts with Whitman (a gay icon) meeting Timrod, a reference to Charleston poet Henry Timrod. And it ends with “A guardian intervened to keep things right: Where are you boys from? Move on! It’s night.”

At the east side of the park is a monument to Governor and CSA general Wade Hampton (1818-1902). By marriage, Hampton’s uncle was James Henry Hammond (1807-1864), famous in this time for his defense of slavery and for popularizing of the term of “King Cotton”. Hammond is popular in the subject of gay history as the recipient of very unambiguous letters detailing the sexual relationship he had in 1826 with his college roommate Thomas Jefferson Withers (1804-1865), later a Confederate politician and a signer of the Confederate Constitution. An attempt had been made to prevent the publication of these letters held at the Caroliniana Library in Columbia, SC, but when historian Martin Duberman prevailed in 1981, the public gained access to very rare documents detailing physical relationships between men before the civil war.

Dedicated in 1999, this public monument is perhaps the only one in the city of Charleston to pay tribute to gay people. It uses the word “homosexual” in its panel describing those selected for destruction by the Nazis.