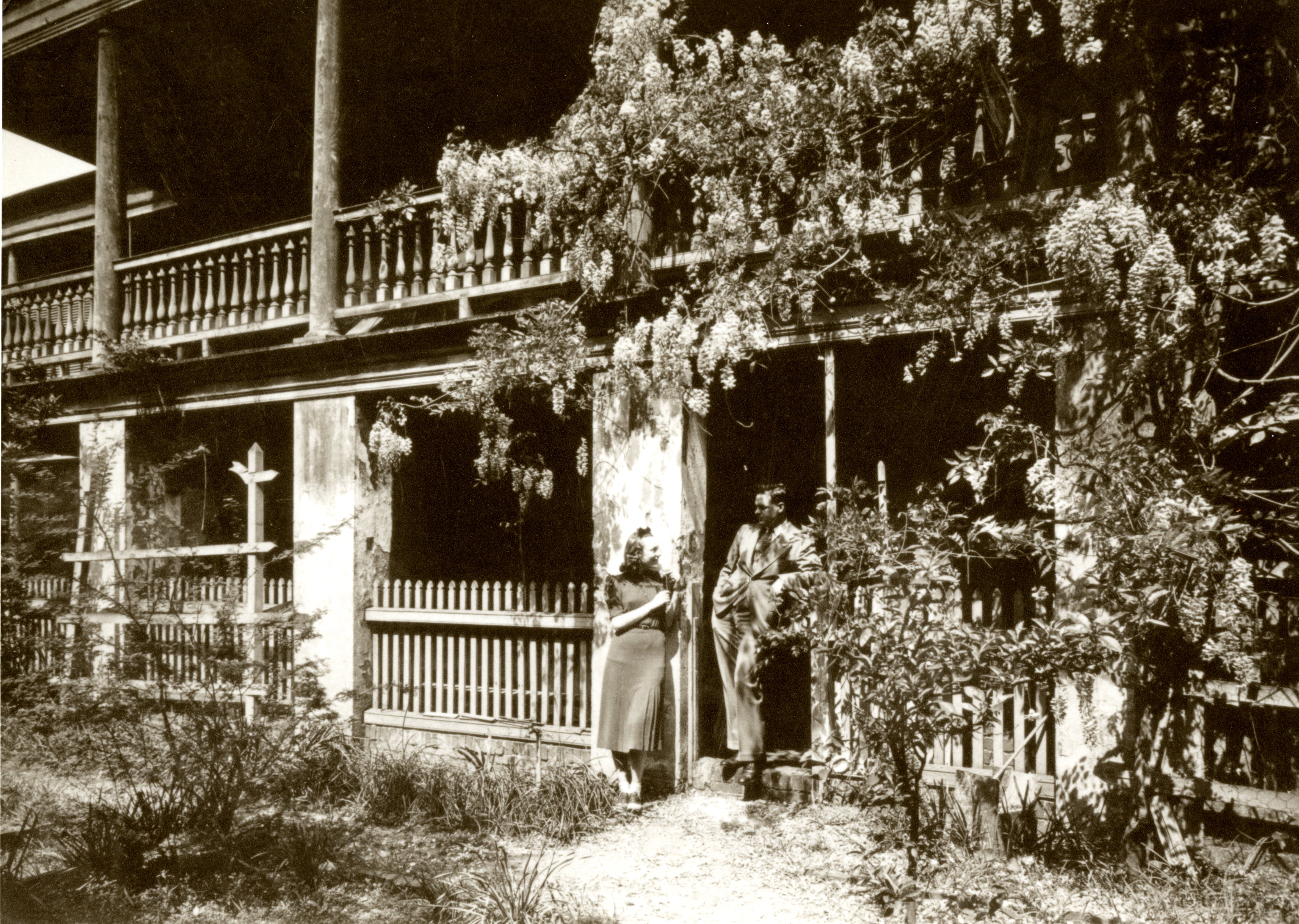 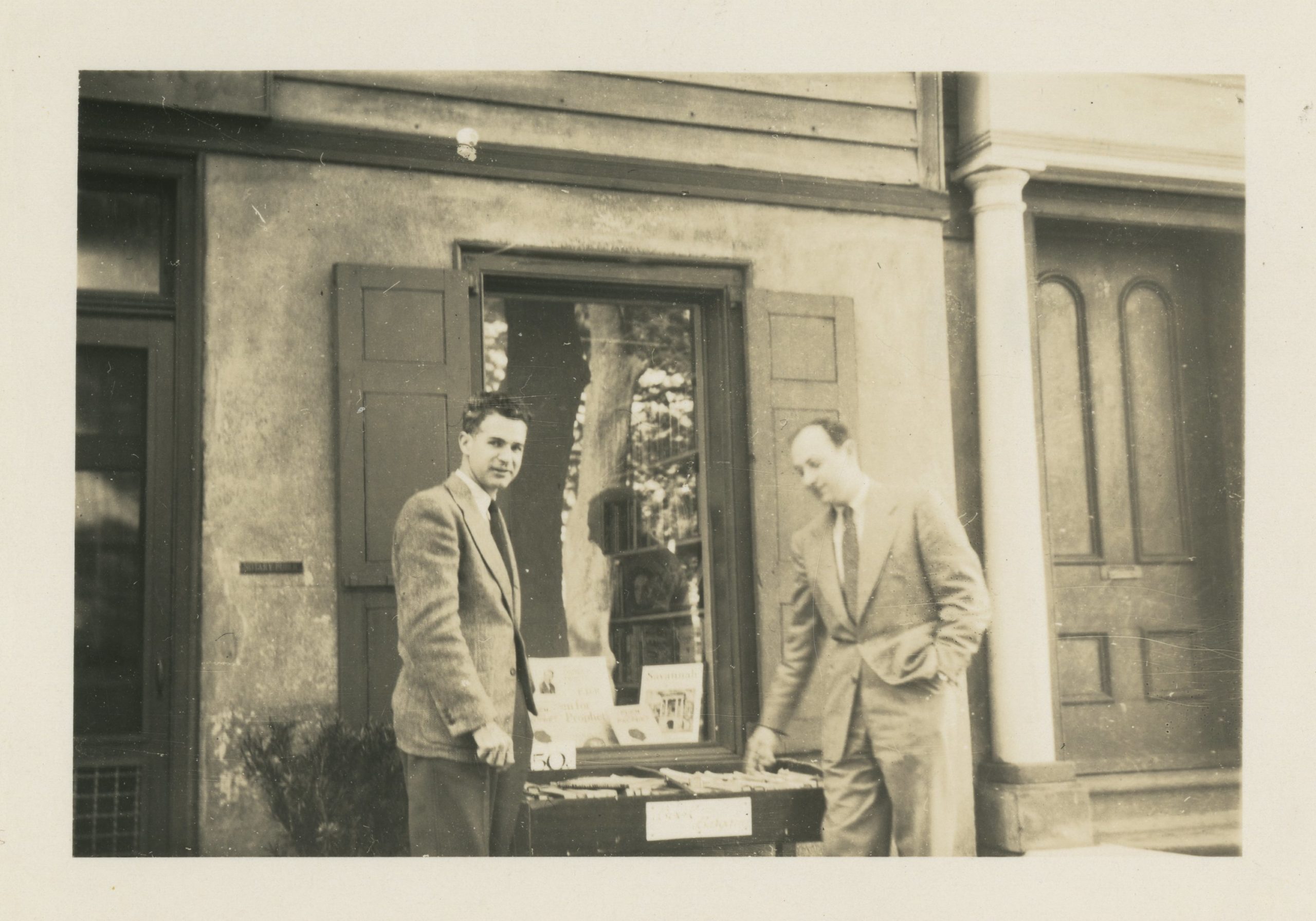 John Zeigler and Edwin Peacock in front of The Book Book Basement. Courtesy of the South Carolina LGBTQ Oral Histories, Archives, and Outreach project, Special Collections at the College of Charleston.

The ground floor of this building, owned by relatives of John Zeigler, housed The Book Basement, the leading independent bookstore in the city of Charleston for decades; it was where most College of Charleston library books were purchased. It was owned and run by Edwin Peacock (1910-1989) and John Zeigler, (b. 1912) one of the city’s most prominent gay couples. Not only was it a meeting place for various civil rights groups, but gay people visiting and passing through Charleston, including the likes of children’s author Maurice Sendak and Harlem Renaissance poet and writer Langston Hughes, stopped here and became friends of the owners. Edwin Peacock introduced bisexual southern writer Carson Smith (1917-1967) to her eventual husband Reeves McCullers. Carson McCullers is remembered today for The Heart is a Lonely Hunter, The Member of the Wedding and other works. Peacock was a good friend to her for her entire life, and some believe that Peacock, hard of hearing and universally pleasant to all, may have been an inspiration for John Singer, the central mute character in The Heart is a Lonely Hunter. Peacock and Zeigler opened their bookstore on Carson’s birthday in 1946 and she was a frequent guest here. This might be the only site in Charleston mentioning a gay couple. Although their names are linked only as business partners, their names are together on the plaque in front of the building. Their relationship is detailed in Zeigler’s’ cycle of memorial poems, The Edwin Poems and in his autobiography, Edwin and John: A Personal History of the American South. A drawing of the building by gay artist Prentiss Taylor (see 17 Chalmers Street) was often used on postcards advertising events at the store. Of further gay interest is the fact that John Zeigler appears renamed as “Nicky” in the book Jeb and Dash: A Gay Life, 1918-1945 published from the diaries of Carter Bealer, edited by his niece Ina Russell.

In 2020, as part of the College of Charleston’s 250th celebration, an online tour called “Discovering Our Past” was launched to examine “many of the diverse pasts and presences that are part” of the College’s history. The project seeks to “embrace inclusivity in our present,” and “encompasses all who were part of our past, whose presences linger on the land and in our buildings, and whose contributions and stories enrich the narrative that emerges as the unfolding epic tale of the College of Charleston.” 9 College Way was among the first sites to be included in the project. To read more click on Discovering Our Past.