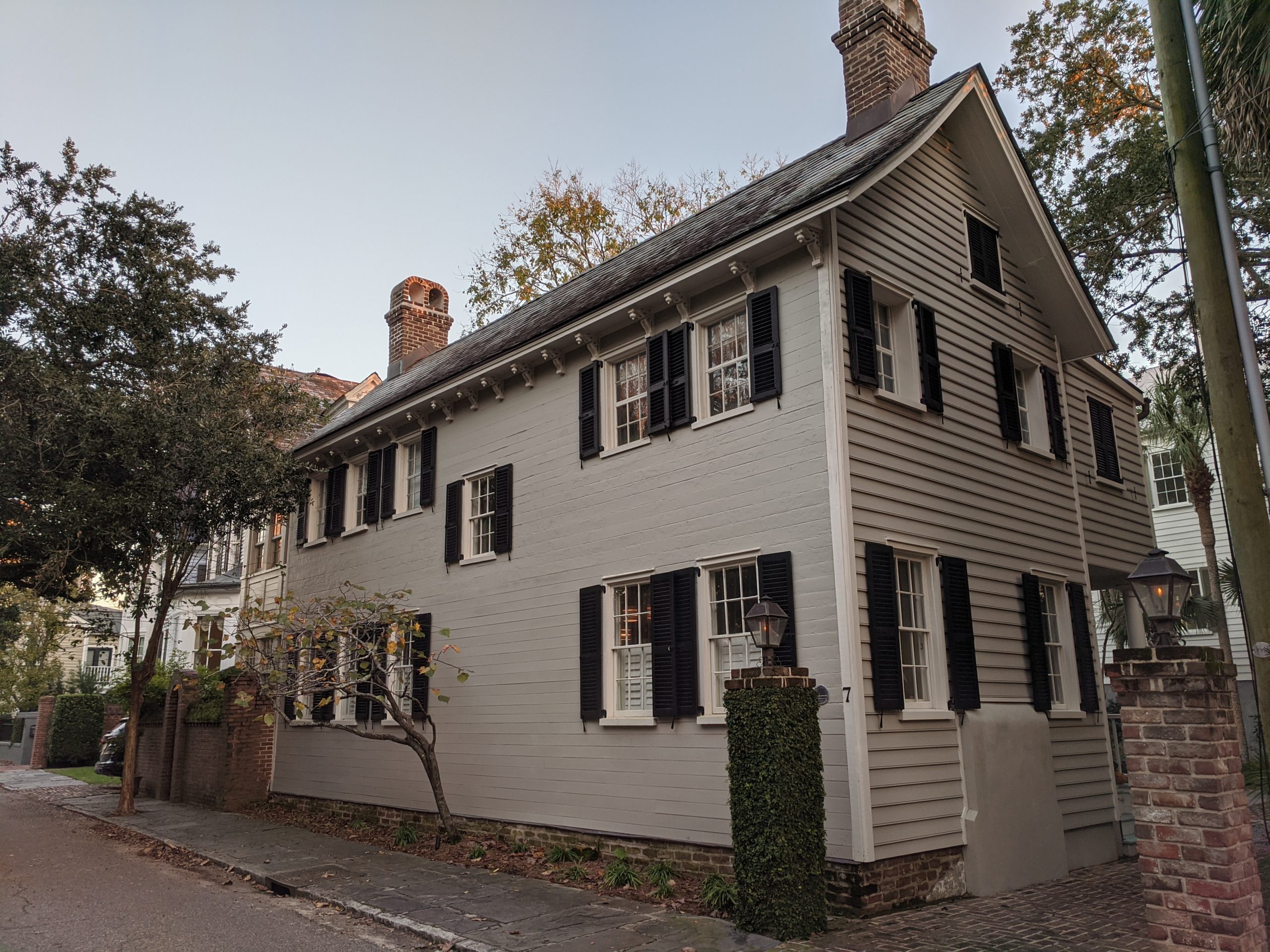 This was the home of Isabel “Belle” Heyward (1870 -1926), who opened her home and her heart to Laura Bragg, who moved to Charleston in 1909. Bragg later directed the Charleston Museum and mentored many (see 38 Chalmers Street). The exact nature of the relationship between Bragg and Heyward has been speculated upon by many; Bragg went on record late in her life that her friend had been a lesbian, but that she, Bragg, had little interest in sex. After Belle Heyward died of gas poisoning some suggested that it was an accident, some said she was murdered by a member of the household, or that she killed herself when Bragg transferred her affections elsewhere.