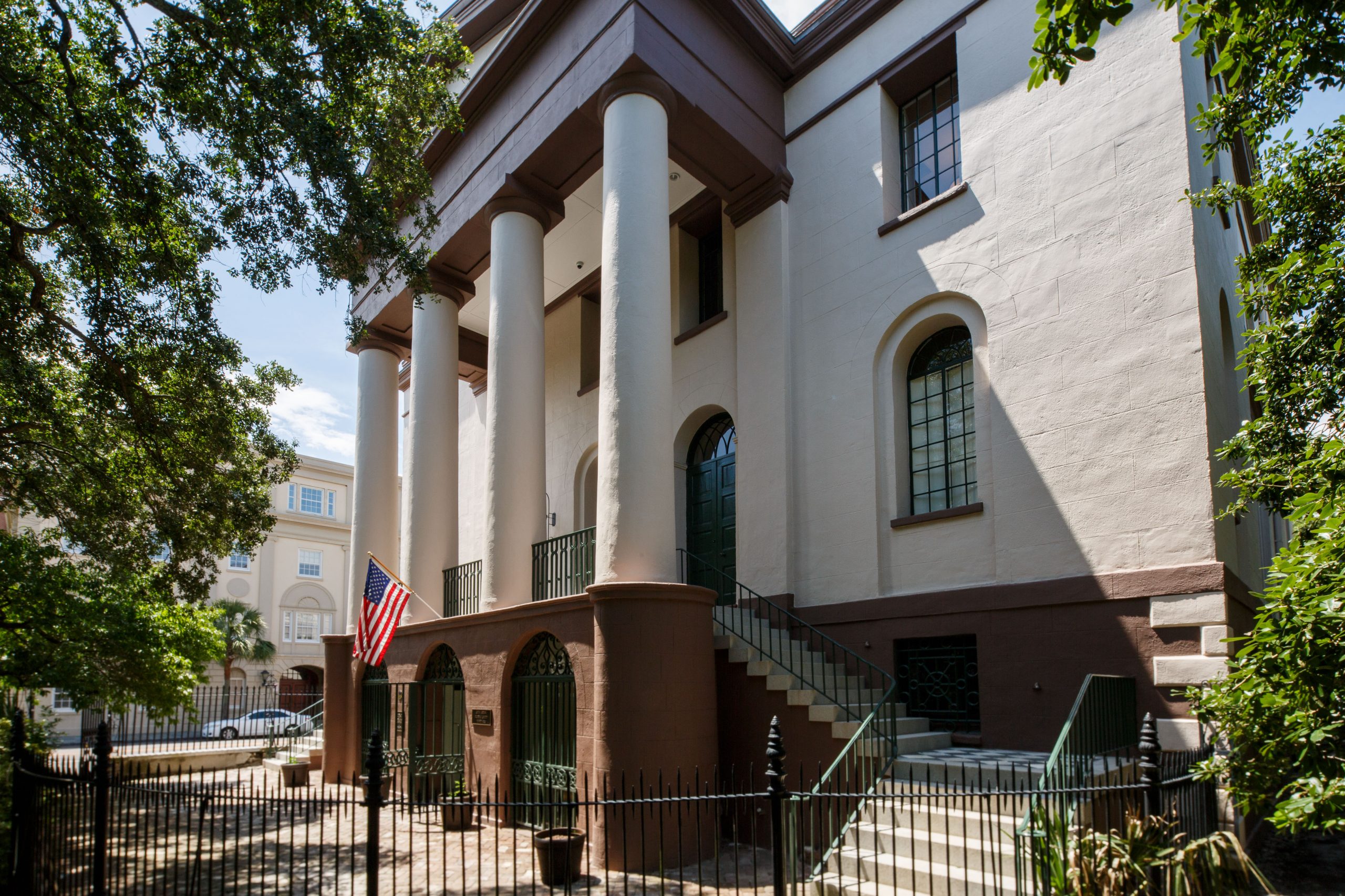 Charleston-born architect Robert Mills (1781-1855) designed this structure in 1822 and it was constructed between 1822-26. Known as the Fireproof Building, it was the first such structure purposely built in the United States, designed to hold, and protect public records; in 1943 part of the building became the home of the South Carolina Historical Society (SCHS), founded in 1855. The society now occupies the entire building (with a museum open to the public) and is the state’s oldest and largest private repository of books, letters, journals, maps, drawings, and photographs.  Dedicated to preserving all aspects of SC’s past, the archives, of course, includes several LGBTQ collections, documenting locals like Laura M. Bragg (see 38 Chalmers Street), visitors like Prentiss Taylor (see 17 Chalmers Street) and allies such as Josephine Pinckney (see 36 Chalmers Street). Other collections include the Anne King Gregorie papers.

Born in Savannah, GA, Gregorie (1887-1960) was the first woman to receive a doctorate in history from the University of South Carolina. She and her long-term partner feminist Flora Belle Surles (1887-1971) lived and worked together, helping to save the state’s history, while adding their own to the story.

The archives (now housed at Addlestone Library but owned by the Society) are rich with documents reflective of the intimate lives of past and current Carolinians. There are letters describing Ned Jennings (see 62 Broad Street), copies of early Charleston gay newsletters, and much more. An 1861 letter in Allston Family Papers, for instance, dramatizes past fears and attitudes to what was considered improper behavior.  In a letter to his younger brother Charles in boarding school in McCormack, SC. Benjamin Allston wrote:

“Where is your own bed? Have you not one? I would ask Mr. Porcher to allow you to use your own mattress, even if you have to put it upon the floor.” Benjamin warned, “If you cannot affect this, well you must submit, but be very careful Charley, boys in sleeping together sometimes teach each other very bad habits….”  Benjamin warned of insanity “from the practice of habits learnt in boyhood.”

This letter was discovered by a researcher in 2018, an example how this and other archives have saved documents crying out for use and interpretation. The SCHS continues to collect and preserve history, to make it accessible (and the human story understandable) to all.

More information about the South Carolina Historical Society can be found on their website at  www.schistory.org