These early houses were renovated as apartments and artist studios/shops in the 1920s. Often called “Pirate Houses,” they once were adorned with an anchor and a small metal sign created by Charleston gay artist Ned Jennings (see 62 Broad Street). Another gay man who lived here was author, explorer and adventurer Harry Hervey (1900-1951) who shared the premises in the late 1920s with his lover Carleton Hildreth (see 89 East Bay Street). Hervey was one of the few “out” gay people in Charleston in this era; and he and his work suffered for it. One of his plays based in an all-male prison in North Africa was considered too homoerotic to be produced on Broadway. Hervey rewrote it as a novel, The Iron Widow, which was published in 1931, after he and Hildreth had left Charleston. 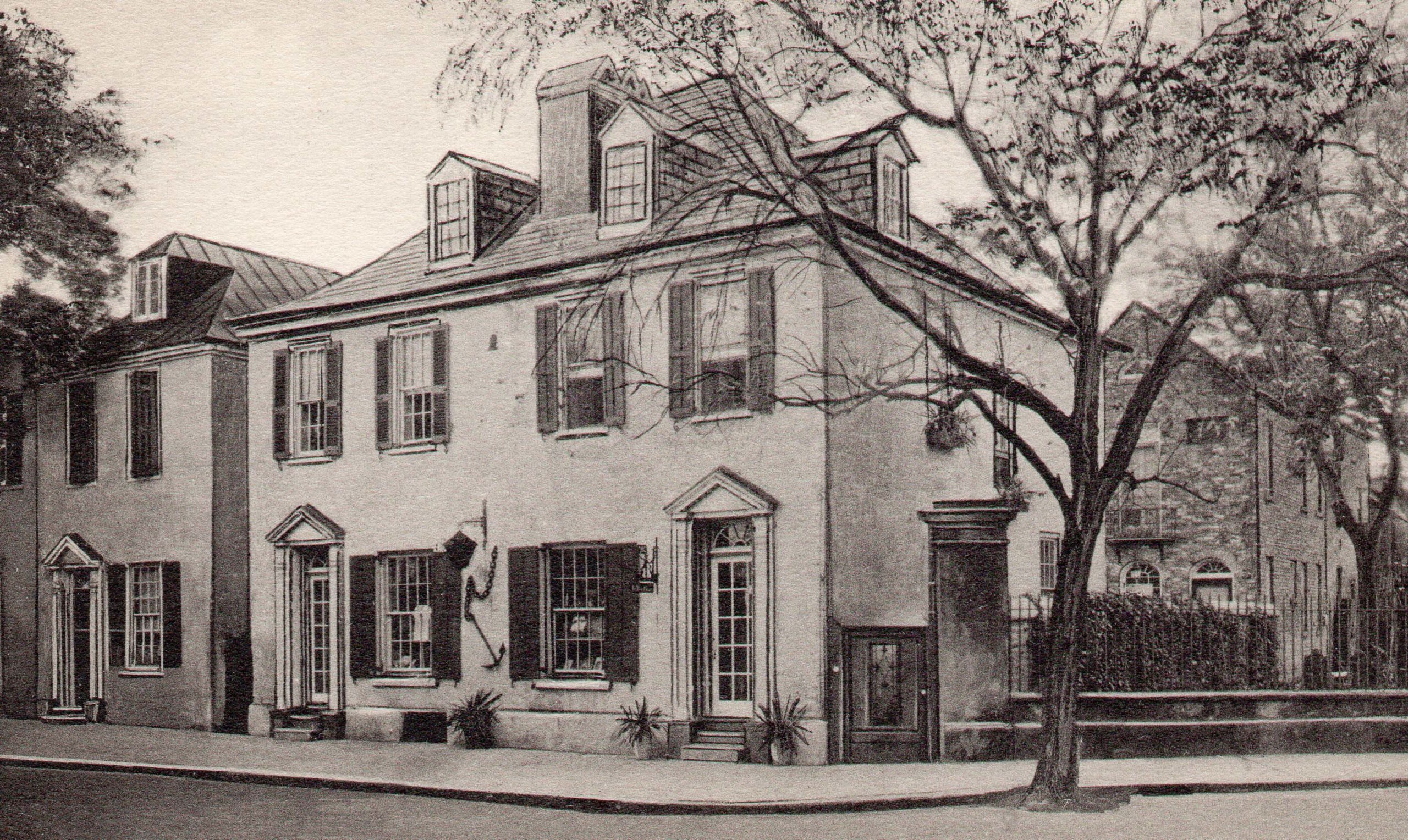