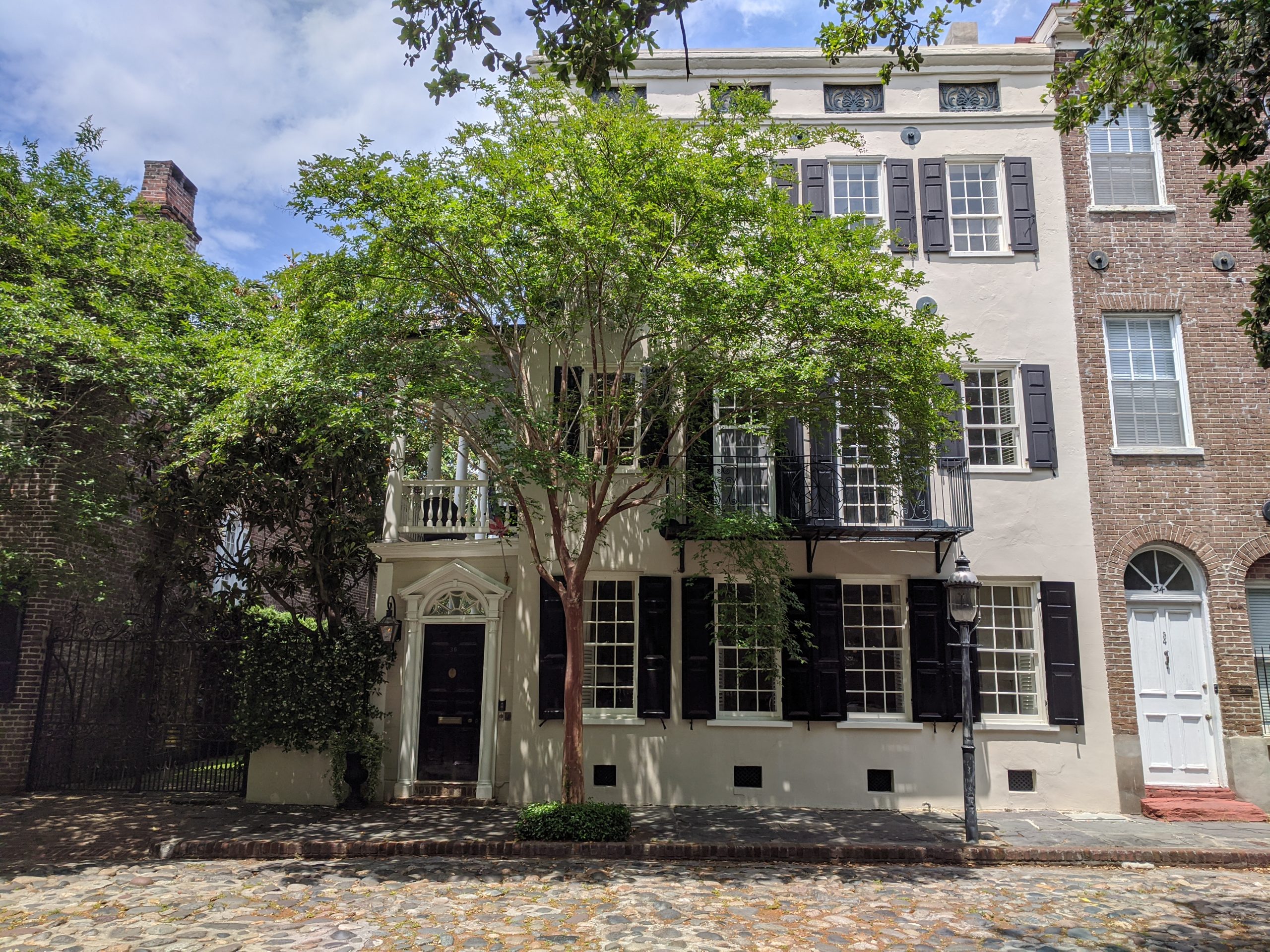 Once owned by a free woman of color, the house is more famous perhaps for being the home of Charleston novelist Josephine Pinckney (1885-1957.) She was not gay, but befriended many people who were, most notably the gay artist Prentiss Taylor. It was Pinckney who invited Taylor to Charleston; he produced images for two of her dust jackets. A sophisticated woman with cosmopolitan tastes, she glancingly referred to gay or “fey” characters in her novels, including her best known work, Three o’Clock Dinner, one of the best Charleston novels. She also befriended Harry Hervey (see 89 East Bay Street and 141-145 Church Street); Hervey used Josephine Pinckney’s mother as a character in his novel The Damned Don’t Cry, and two of Pinckney’s works seem to mirror a plot used by Hervey in his Charleston novel, Red Ending. One of Pinckney’s best friends was Laura Bragg who lived next door. (See 38 Chalmers)