This public garden, dating from antebellum times and displaying much of the history of the city, has reflected many changes in various eras. Before the Civil War, it was the province only of whites; in Reconstruction, blacks claimed the space. When Jim Crow laws were enforced, blacks could bring white children down here, but often were not allowed on benches, except on various holidays. In the late 20th century, as civil rights issues were debated, the park and the battery sea wall became a congregating point for black families on Sunday afternoons. It’s not known when gay men began using the battery for a cruising spot, but it functioned as such for a large part of the mid part of the 20th century. 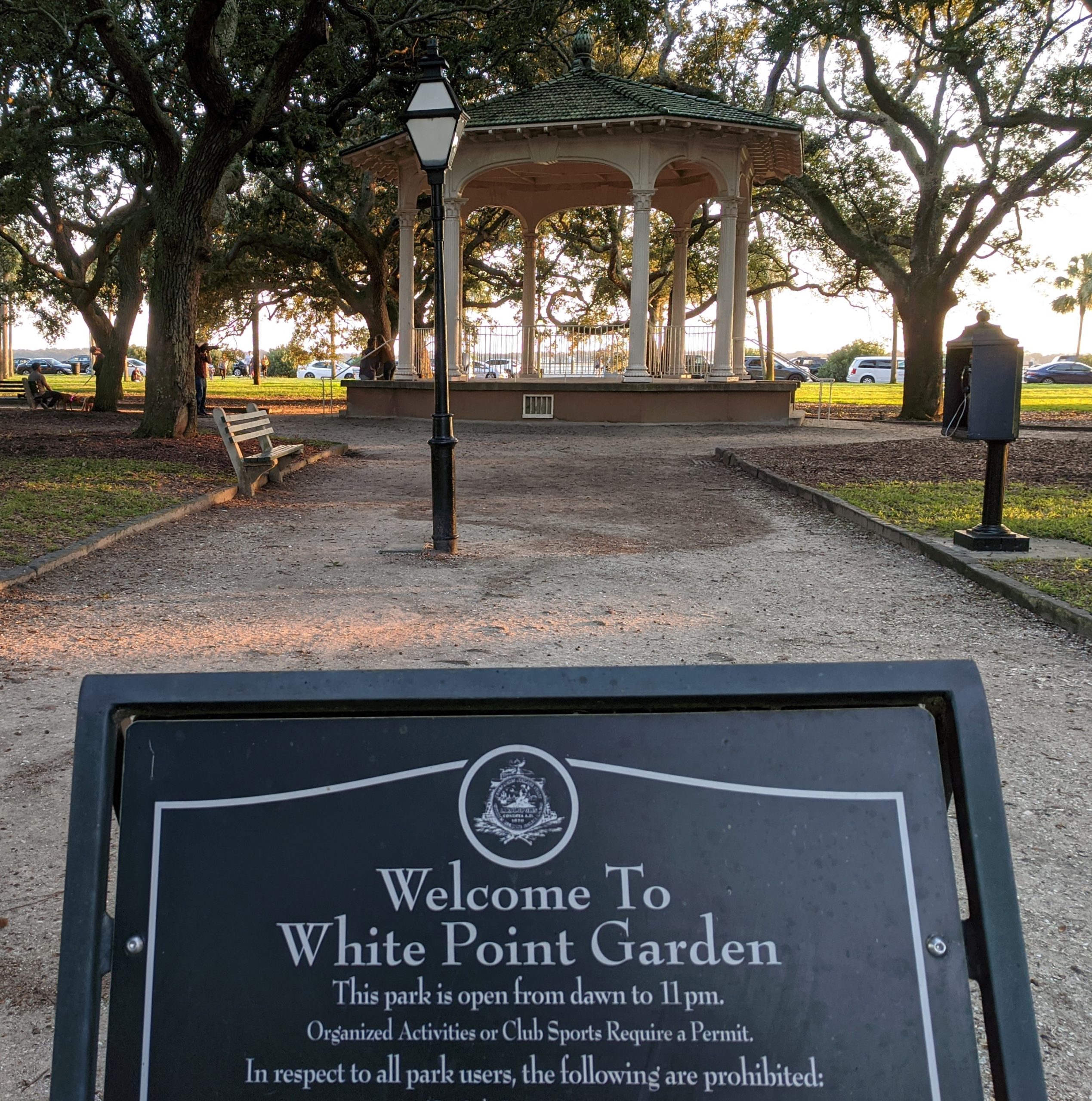