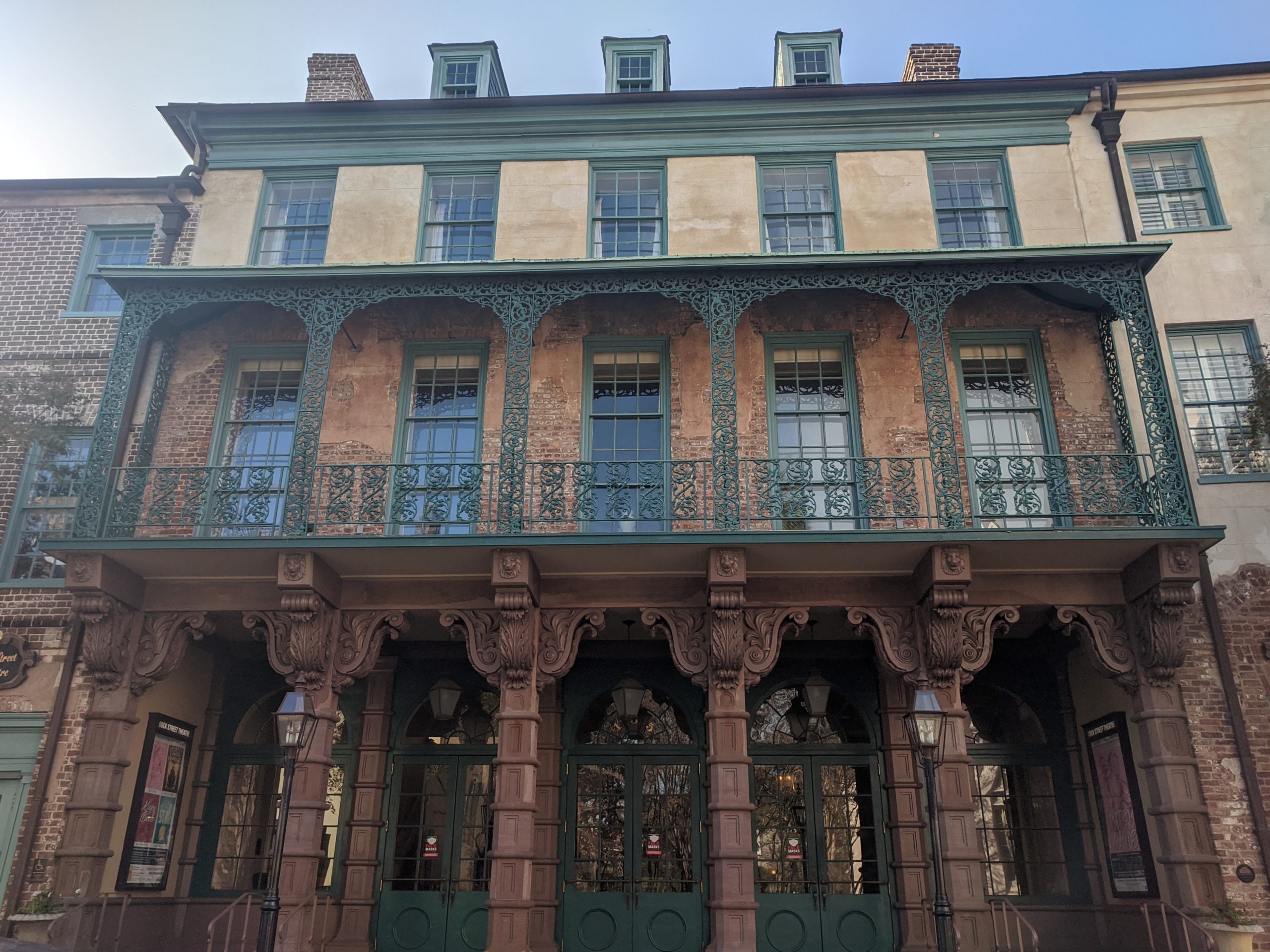 This site is justly celebrated for a number of reasons, being the location of an 18th century playhouse, and later that of the ante-bellum Planter’s Hotel. With federal funds during the depression, a reproduction of an early London theatre was created within the walls of the Planter’s Hotel and on the site of the early theatre. As is likely to happen, many gay people were associated with the Dock Street Theatre and the various production companies that performed here. Dorothy D’Anna (1918-2012) was Associate Director of the Footlight Players and taught at the College of Charleston; she and her beloved partner Carol “Kit” Lyons (1927-2011) founded and ran the Little Theatre School for children, staging the productions down Queen Street at the Workshop Theatre. In the 1950s, petty thief James Blake (1922-1979), a literary sensation of his time, promoted by Nelson Algren and others, published his letters in the Paris Review. Blake, a gay man who was “kept” by a local Charleston aristocrat (whose name Blake masked in his letters), made a plea to the young gay bohemians associated with the Dock Street Theatre, revealing a homophobic and racist city where even the gay men turned on themselves. “Less Cleverness,” was what he requested. “More kindness. For the good of the breed, such as it is.”