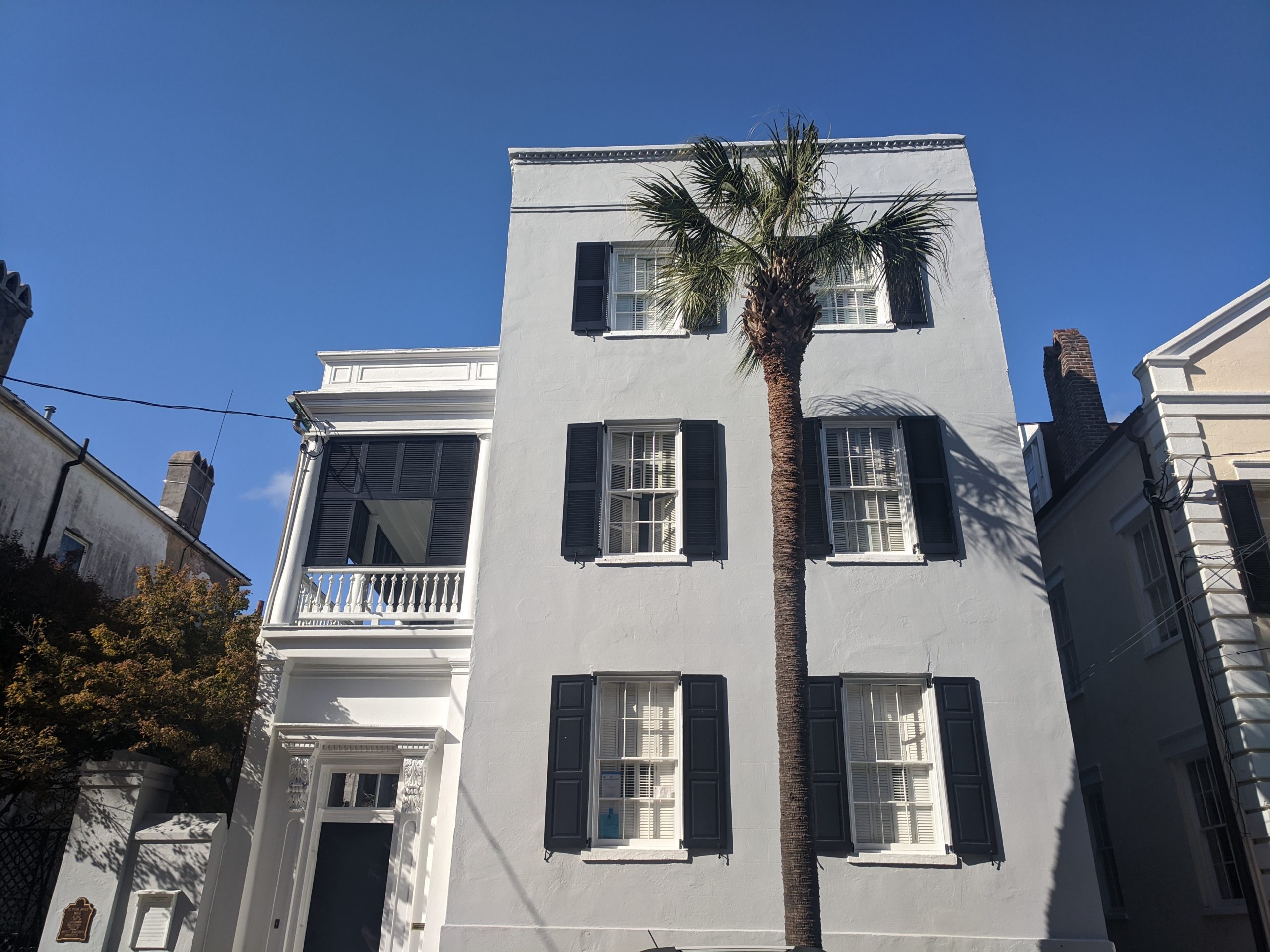 The home of one of this country’s first transsexuals. Gordon Langley Hall (1922-2000) was born in England, immigrated to Canada, eventually settling in Charleston in the early 1960s when this neighborhood was undergoing renovations. Hall, a published author of many biographies of women of note, according to many, led a secretive gay life. He underwent a sex reassignment operation in 1968 at Johns Hopkins. Returning to Charleston as Dawn Pepita, she married her much younger black male servant, John-Paul Simmons the next year, sparking an international furor in the press. The marriage, under much stress in a segregated city and society, did not fare well and John Paul Simmons later suffered mental problems. The three autobiographies that Dawn Simmons wrote, and the many stories that she spawned, and interviews she gave, are contradictory on numerous levels, leaving many claims unable to be substantiated. She lived away from the city for a while and returned her with a daughter and died here. While controversy rages on many aspects of her life, no one can deny that she was an original character who left her imprint not just on this city but on society at large.