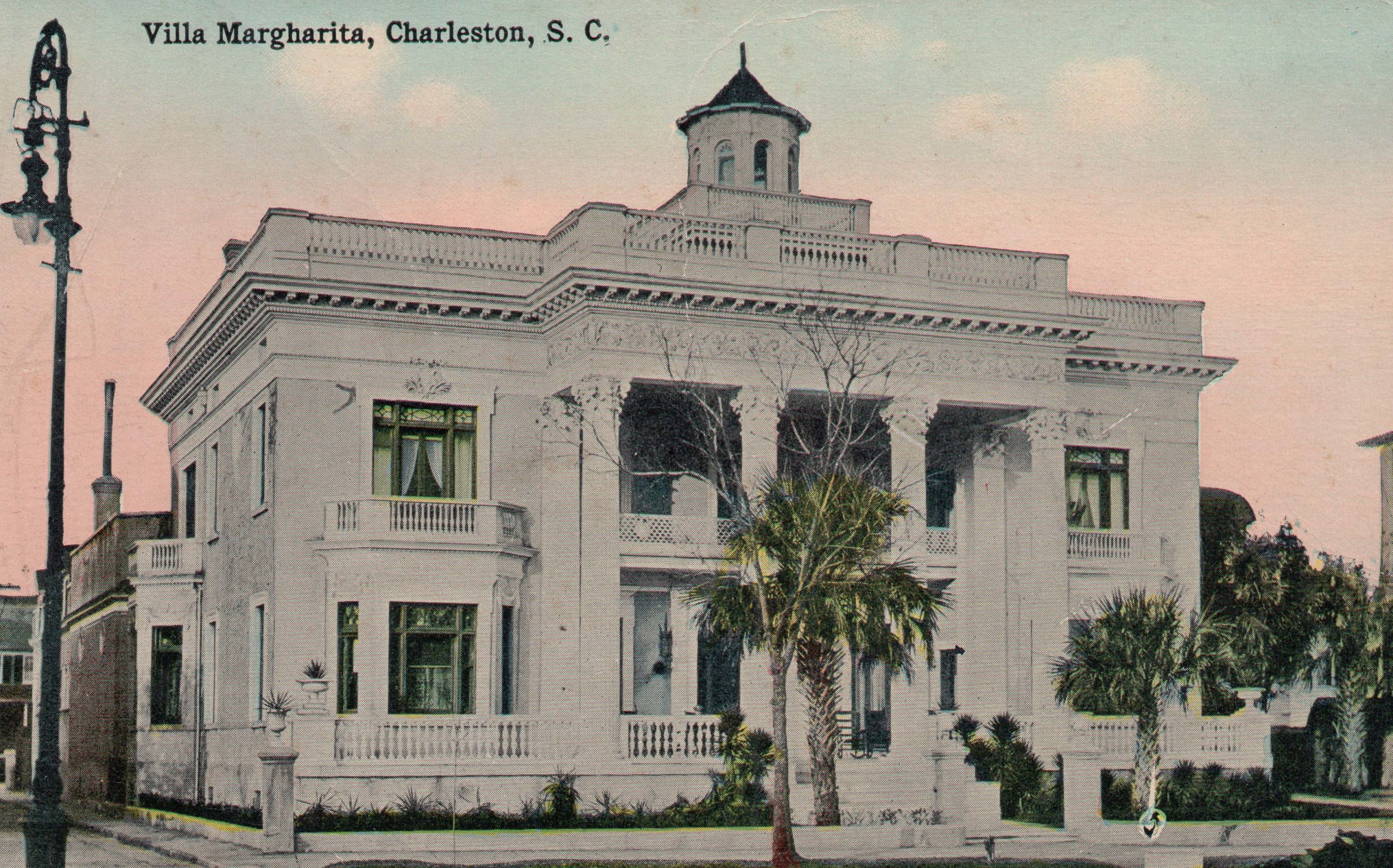 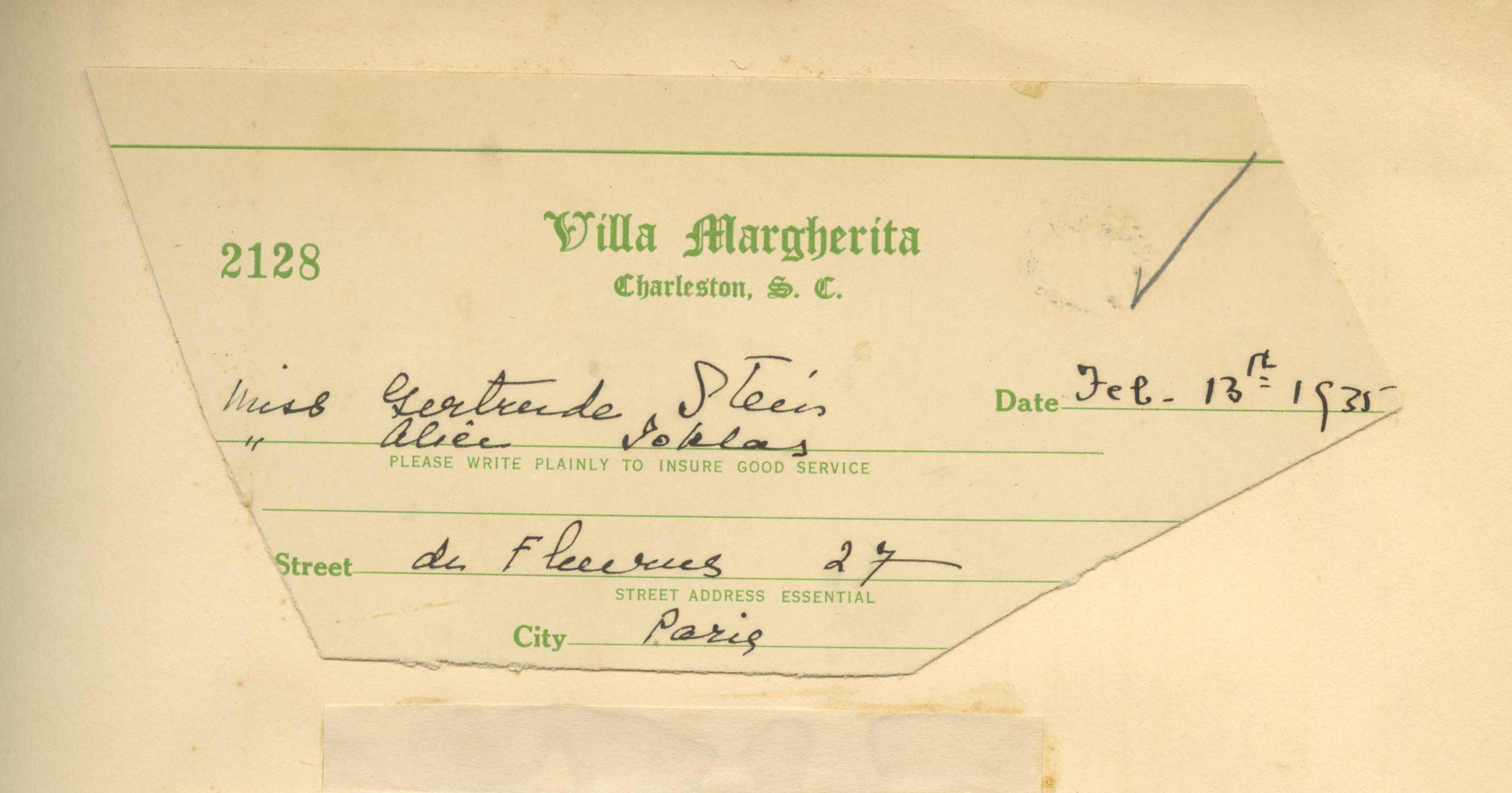 Built as private residence and now again one today, the Villa Margherita functioned as a small hotel for several decades from ca. 1905 to World War II. Guests included Sinclair Lewis (who worked on his novel Main Street here, and mentions it in his text), Alexander Graham Bell, Henry Ford and several writers, including Gertrude Stein. Stein was on her American tour in 1935, passing through Charleston with her partner Alice B. Toklas, and delivered a lecture (mostly about punctuation, if reports can be believed) for the Poetry Society of South Carolina at South Carolina Society Hall at 72 Meeting Street. It’s fitting that one of the most celebrated and loving of lesbian couples spent Valentine’s Day here that year.