This is one of the oldest houses in the city of Charleston, and is often depicted by artists. Fittingly, it was where gay artist Prentiss Taylor (1907-1991) stayed in his 1930s visit to Charleston. Known mostly for his lithographs and for being a pioneering art therapist (he worked with Ezra Pound in St. Elizabeth’s Hospital in Washington DC), he also did many scenes around Charleston (including an image of the Book Basement for his friends John Ziegler and Edwin Peacock, see 9 College Way) and the dust jackets of two of Josephine Pinckney’s novels. (See 36 Chalmers) He joined forces with Langston Hughes in a work defending the Scottsboro Boys, and was, along with gay writer and society man Carl Van Vechten, one of the white artists at home with members of the Harlem Renaissance. Early in his life he was involved with composer Aaron Copeland; after his death, his long term partner Rod Quiroz was a frequent visitor to Charleston. The Avery Research Center and Special Collections at Addlestone Library hold some of Prentiss Taylor’s art and photographs. 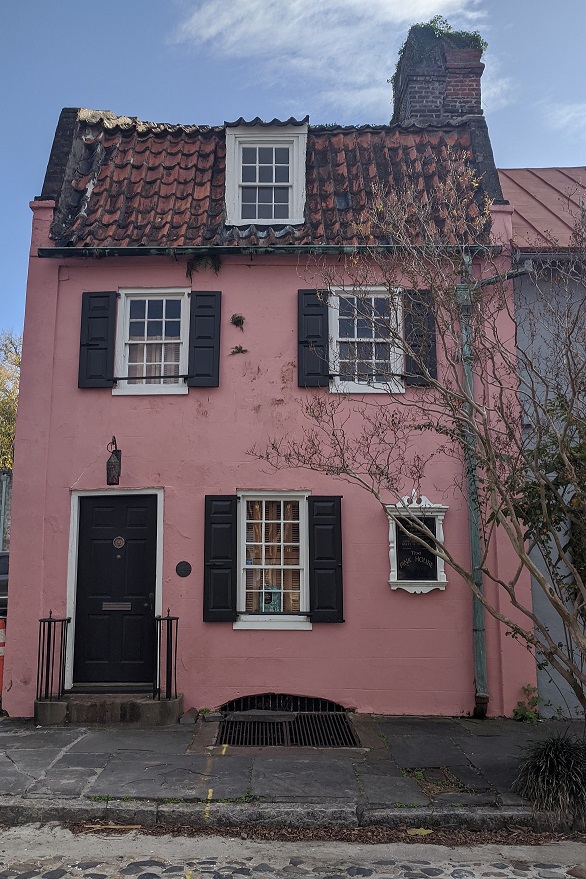 17 Chalmers Street. House where artist Prentiss Taylor stayed during his visit to Charleston in the 1930s. Courtesy of the South Carolina LGBTQ Oral Histories, Archives, and Outreach project, Special Collections at the College of Charleston.
←
→