Special Collections > Freedoms Gained and Lost > The Constitutional Convention of 1868 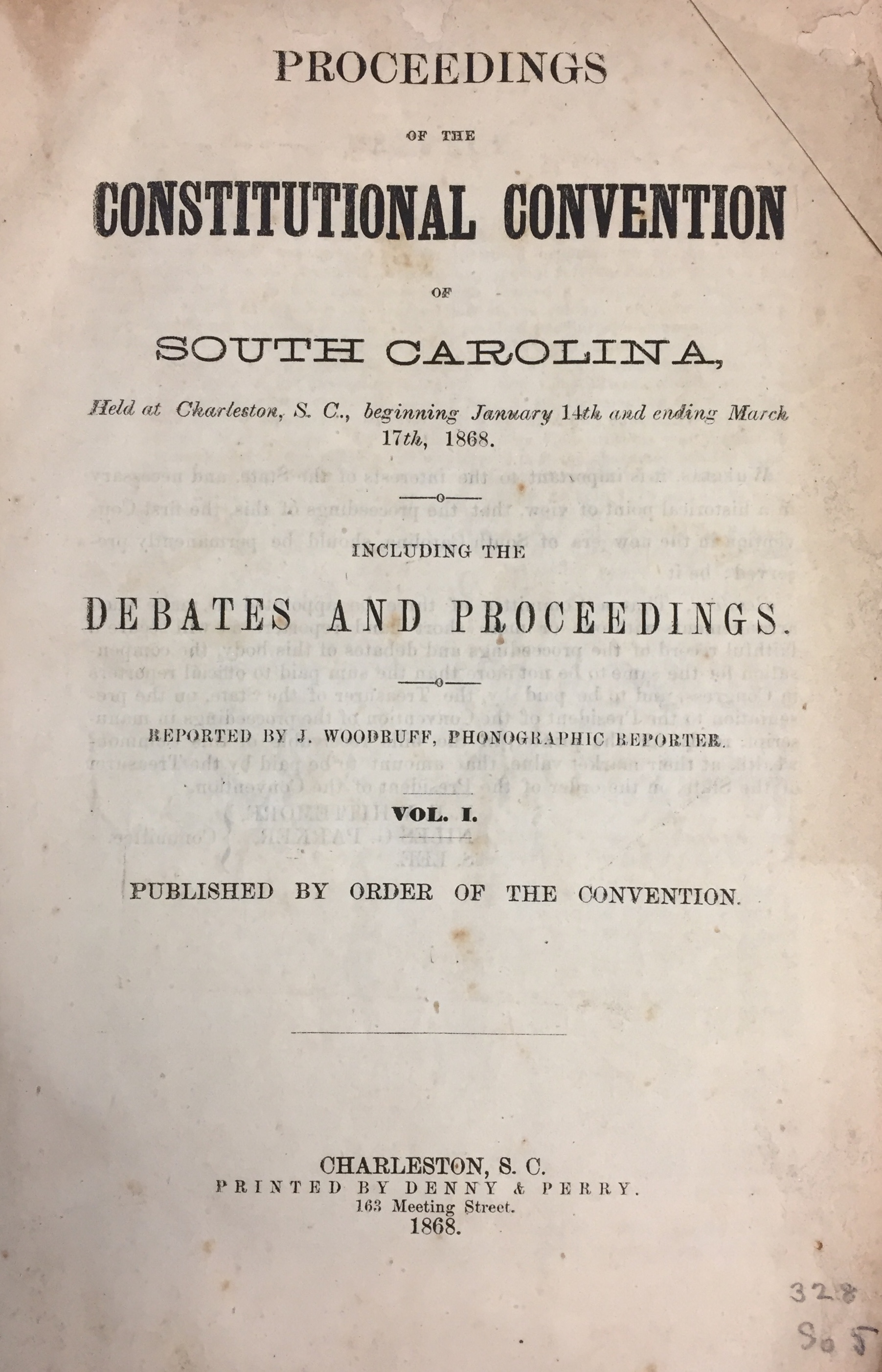 “South Carolina has had a number of constitutions. The Provincial Congress of South Carolina adopted the state’s first constitution in 1776 but did not submit it to the people for ratification. While the 1776 constitution had allowed all men who owned land to vote, the 1778 constitution that replaced it required that they own at least fifty acres of land. Another constitution was adopted in 1790, and that one stayed in place until South Carolina left the United States in 1860 and adopted a new constitution to fit in with its new place within the so-called Confederate States of America on April 8, 1861.  A new state constitution was written in 1865 to acknowledge the end of slavery, but it did little to change the aristocratic nature of South Carolina’s government, and its provisions tried to ensure that as little as possible changed in the lives of black South Carolinians.”*

*Baker, Bruce. [Remarks on the Occasion of the Unveiling of the State Historic Marker on the Site of the 1868 South Carolina Constitutional Convention]. Charleston, SC, 16 May, 2018. 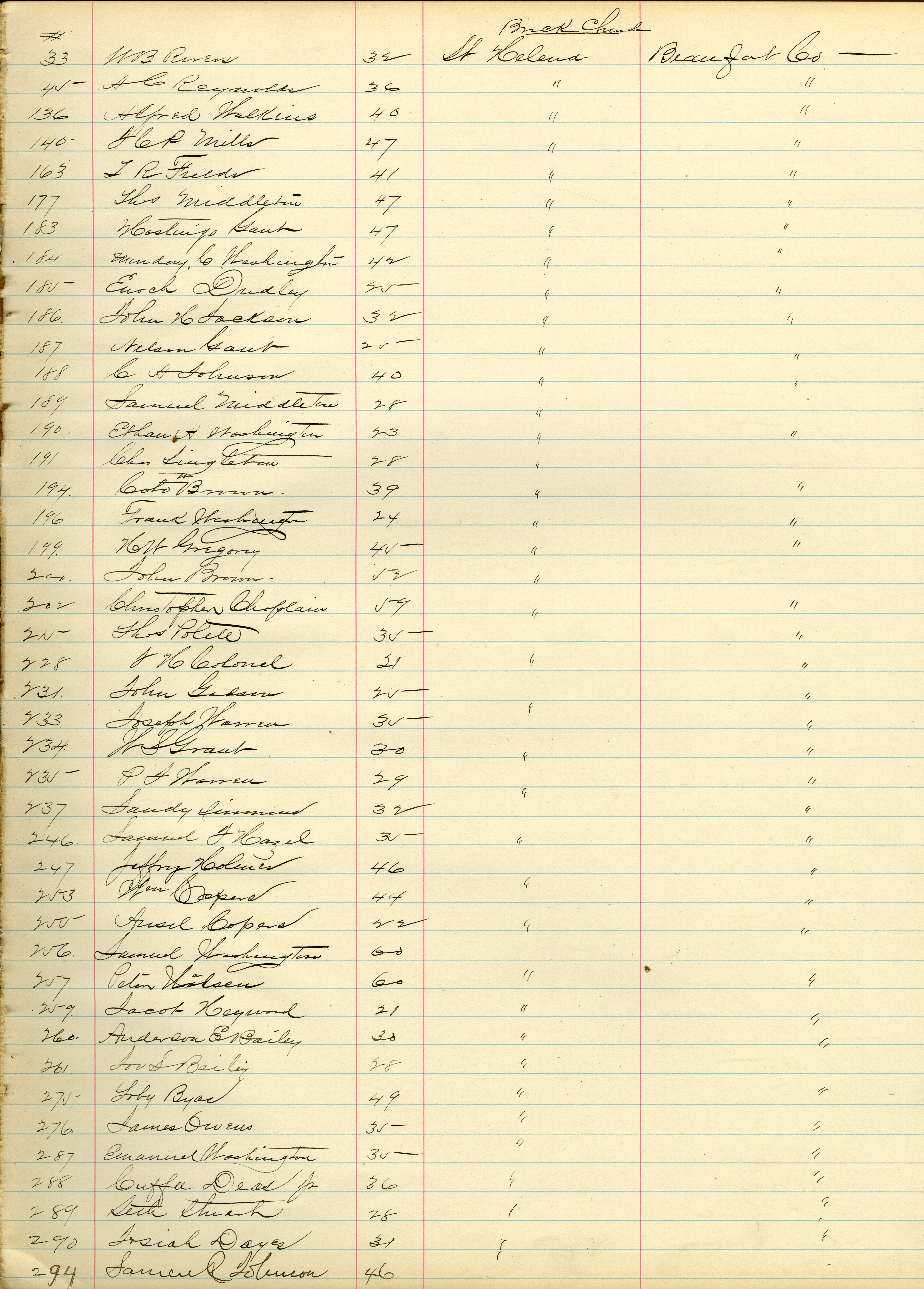 All this changed after the Radical Republicans gained a huge majority in the Congressional elections of 1866. In March 1867, the Reconstruction Acts were passed, requiring southern states to create new constitutions in order to be readmitted to Congress. What was different this time was that former Confederates were disfranchised and the constitution had to be written by “a convention of delegates elected by the male citizens of said State, twenty-one years old and upward, of whatever race, color, or previous condition.” The election for the South Carolina constitutional convention was held on November 19 and 20, 1867. For the first time in South Carolina’s history, black men voted in an election. Most whites registered to vote but then stayed away from the polls, trying to defeat the constitution by making sure that fewer than 50% of the registered voters participated in the election. But over 90% of black men who were registered voted, and the convention was held from January 14 to March 17, 1868. 49 of the delegates were white, with two thirds of those being originally from the South. The remaining 72 delegates were African American, and over half of them had been enslaved at the beginning of the war. It was by a very long shot the most democratic political body ever assembled in South Carolina, though it would be another fifty years before women were allowed to vote.

The Constitution that they wrote created modern South Carolina. It gave women much greater freedom than ever before by being able to control their own wealth and to get divorced. It created a public school system that was open to all students, whatever their race. It shored up support of the university and mandated the creation of a normal school for educating teachers and an agricultural college for education farmers and mechanics. It provided support for citizens who were blind or deaf or mentally ill. No one could be imprisoned for being in debt, and people could hold public office whether or not they owned property.”*

*Baker, Bruce. [Remarks on the Occasion of the Unveiling of the State Historic Marker on the Site of the 1868 South Carolina Constitutional Convention]. Charleston, SC, 16 May, 2018.

Courtesy of the South Carolina Department of Archives and History