Special Collections > Freedoms Gained and Lost > The Cainhoy Riot of 1876

A photograph of Jim Alston, a first-hand witness of the conflict that came to be known as the Cainhoy Riot. The Cainhoy riot was one of the many violent and deadly eruptions between Black and White South Carolinians, and Democrats and Republicans in the months leading up to the gubernatorial election of 1876. The riot at Cainhoy that took place on October 16 involved clashes between armed citizens intent on sabotaging efforts to maintain Black political representation. 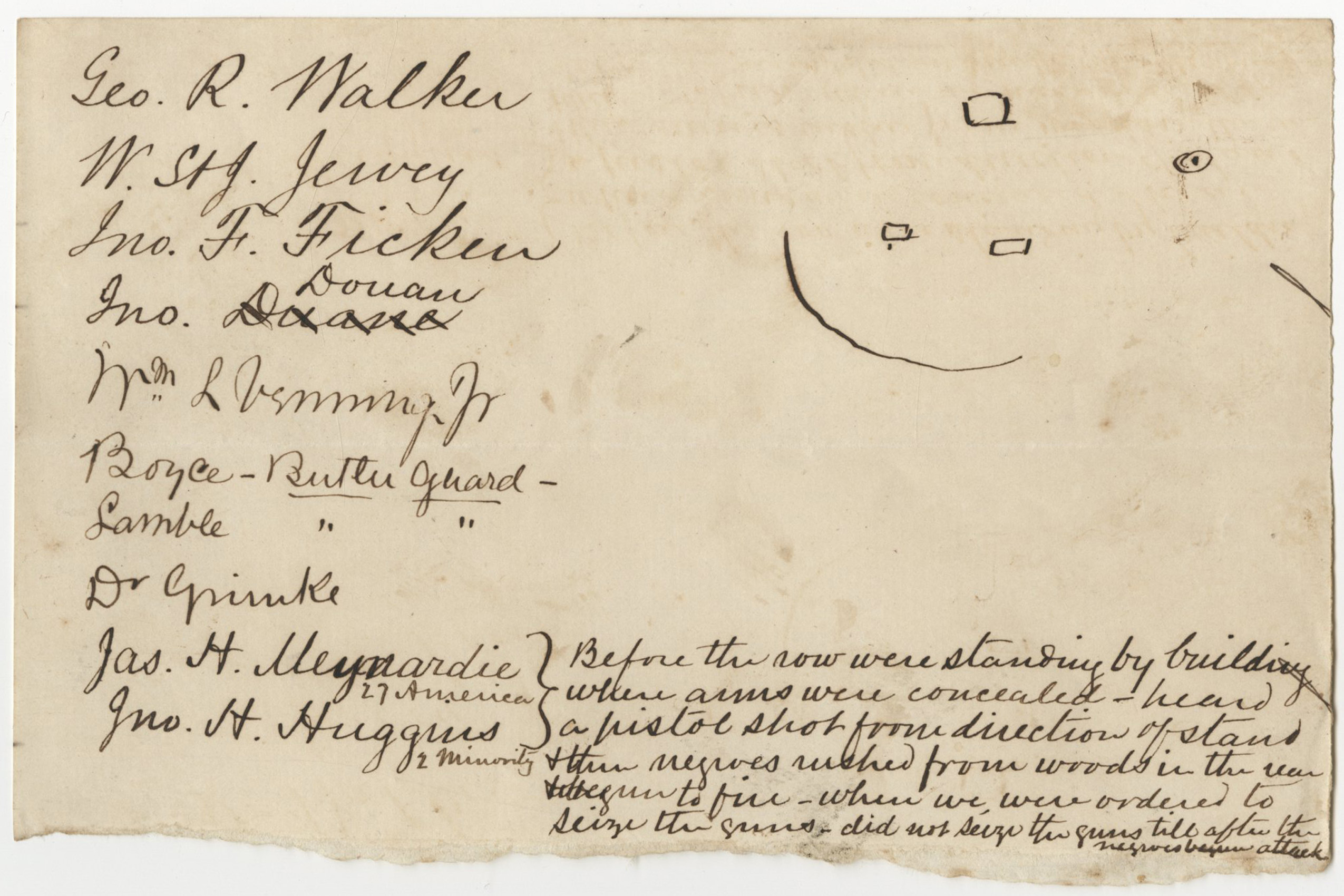 A diagram of the Brick Church area and outbuildings, the site of a Republican political meeting and subsequent fueled riot that took place at Cainhoy in 1876.