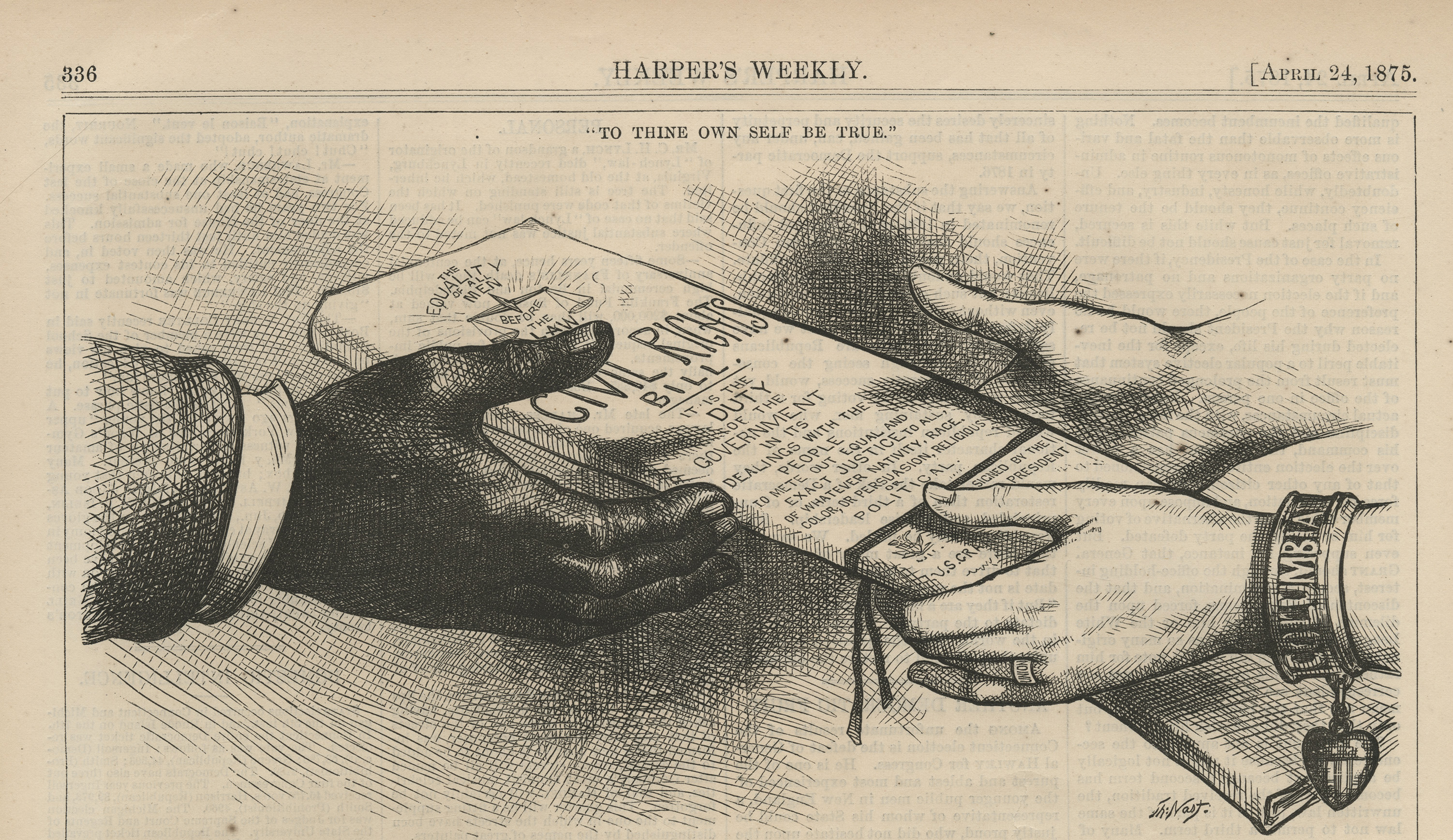 Prior to the passage of the Civil Rights Act of 1875, South Carolina congressman Robert Brown Elliott (1824-1884) delivered a speech to the United States House of Representatives on January 6, 1875. In the speech, Elliott stated that he deeply regretted that it was a necessity for him to “rise in the presence of the American Congress to advocate a bill which simply asserts equal rights and equal privileges for all classes of American citizens.”*