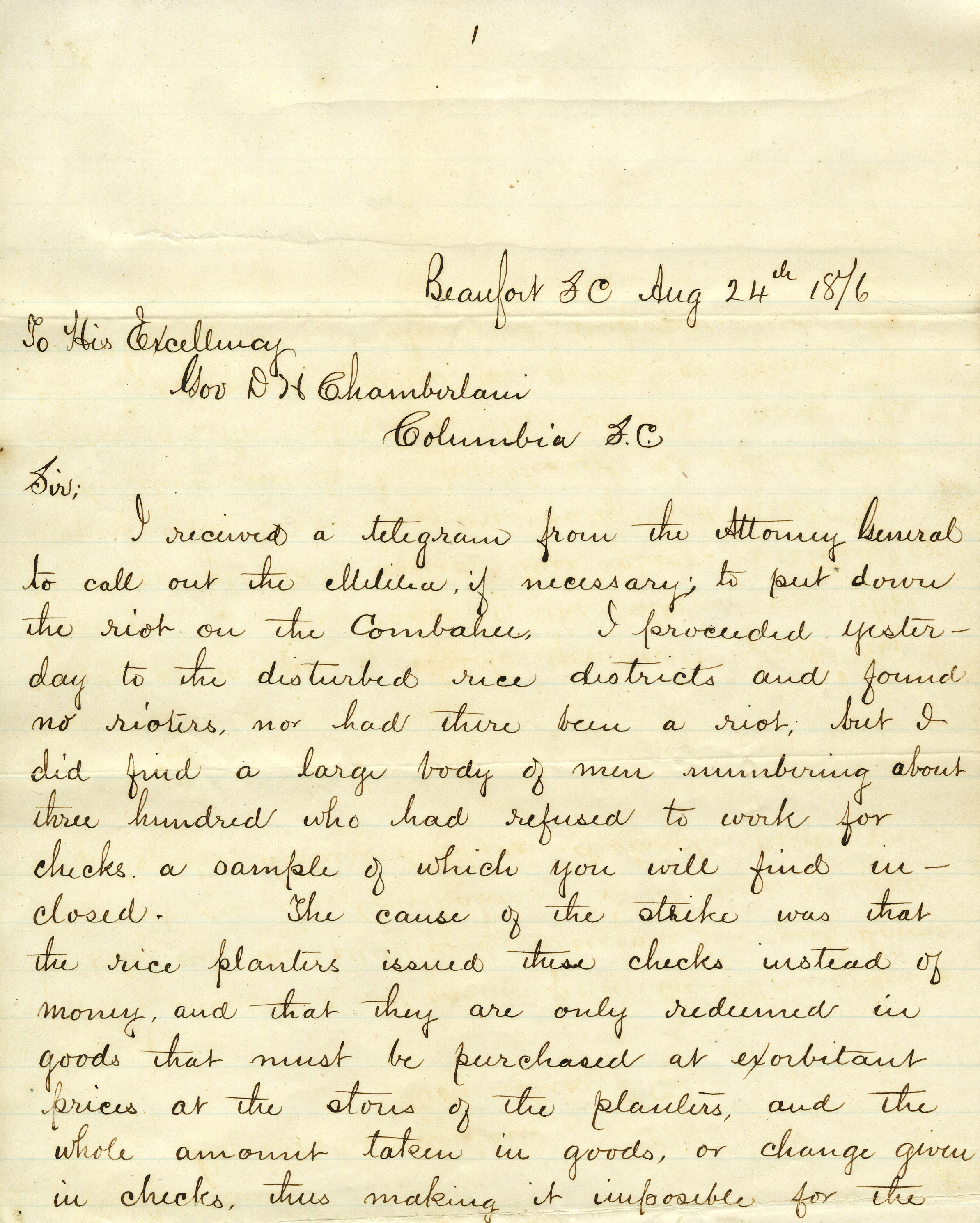 A letter from Congressman Robert Smalls to South Carolina Governor William Chamberlain in which Smalls corrects inaccurate rumors of a “riot” amongst rice farmers working on the Combahee River region of the South Carolina lowcountry. After personally investigating the circumstances, Smalls wrote that he found “a large body of men numbering about three hundred who had refused to work for checks.” In truth, people laboring in rice fields had gone on strike as a result of inadequate compensation in the form of checks that could only be “redeemed in goods that could only be purchased at an exorbitant price at the stores of the plantation.” In subsequent months, Smalls devoted significant energies to eliminating the check system in the service of returned “peace in the rice districts and the prosperity of the laborers.” 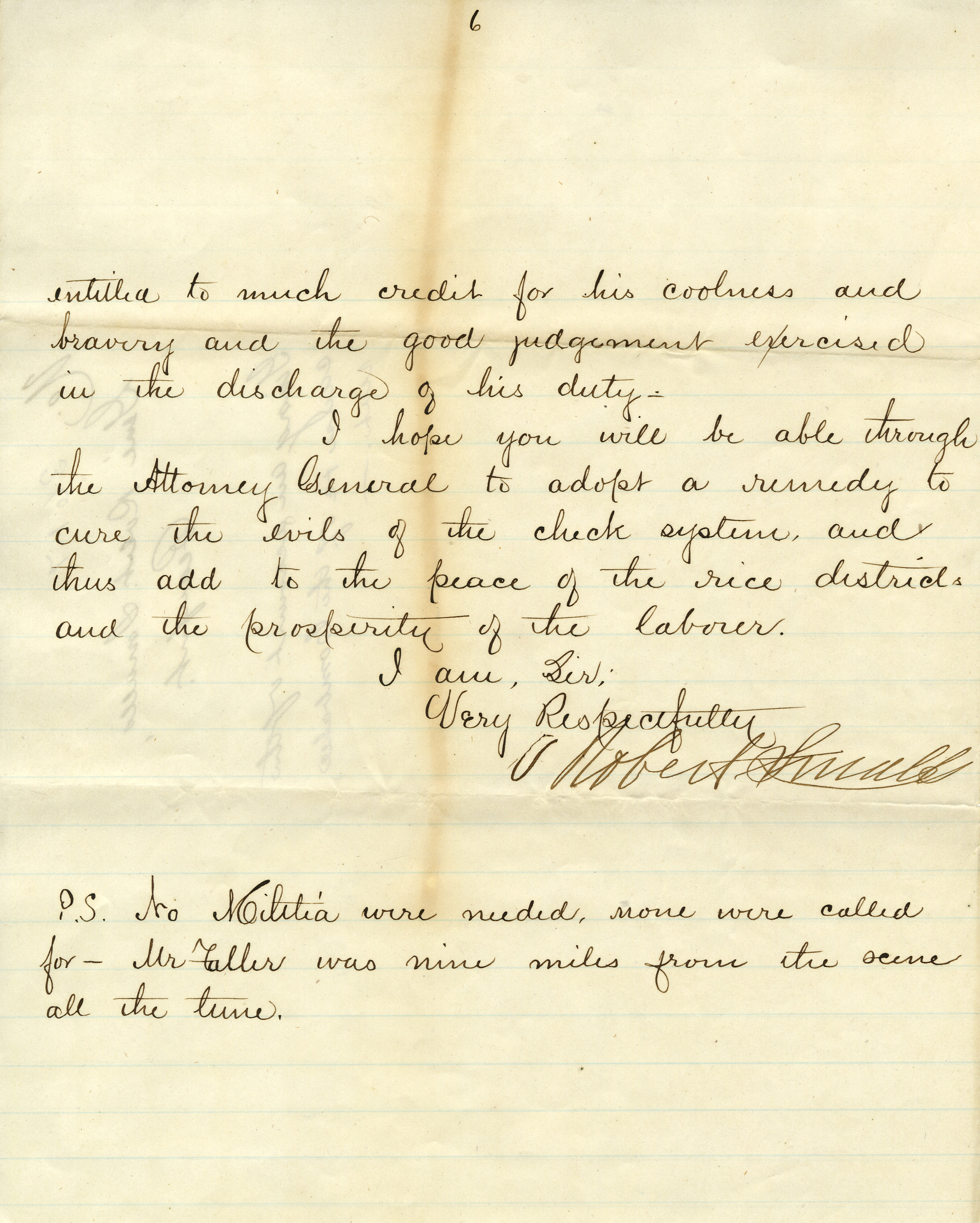 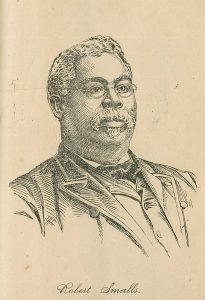 Full text of the letter is available here: SmallsRobert_1876_CombaheeStrike.

Robert Smalls (1839 – 1915) was born enslaved in Beaufort, South Carolina and gained fame when he emancipated himself and his family in a shrewd takeover of the cotton steamer, Planter, in 1862. Smalls was a highly distinguished public servant, with a career that included membership in the state Senate and the U.S. House of Representatives.