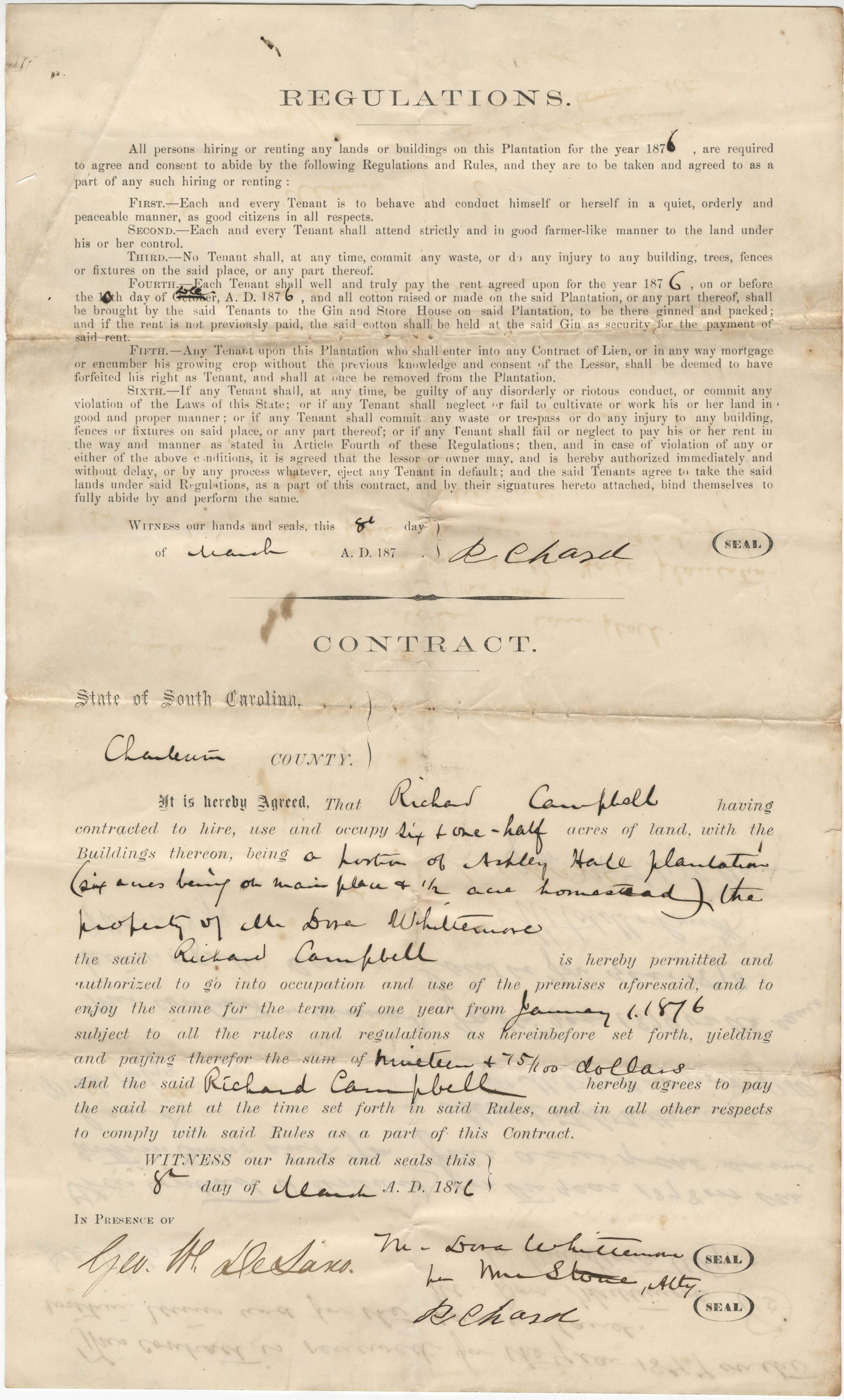 This contract for sharecropping between Richard Campbell and Dora Whittemore was printed on a standard form widely used, especially after the passage of notorious lien laws throughout the South. The draconian “Regulations” do not provide the tenant families with any protections or rights to the fruits of their labors. Instead, tenants could be evicted at any time. Richard Campbell paid $19.75 to ʺhire, use, and occupyʺ six and a half acres of land. Rules and regulations attached to the contract include regulations for behavior, care for the property (including “trees, fences, and other fixtures), and a condition that all cotton raised on the plantation be “brought by the tenant to the gin and store house to be ginned and packed.” There are also provisions for removing the tenant in the event of violation of the law or behavioral principles outlined in the contract. The contract was renewed in 1877, 1878, and 1879, as evidenced by signed and witnessed accounts on the verso of the document.