Special Collections > Freedoms Gained and Lost > “She is Much Destroyed”: Searching for Lost Loved Ones 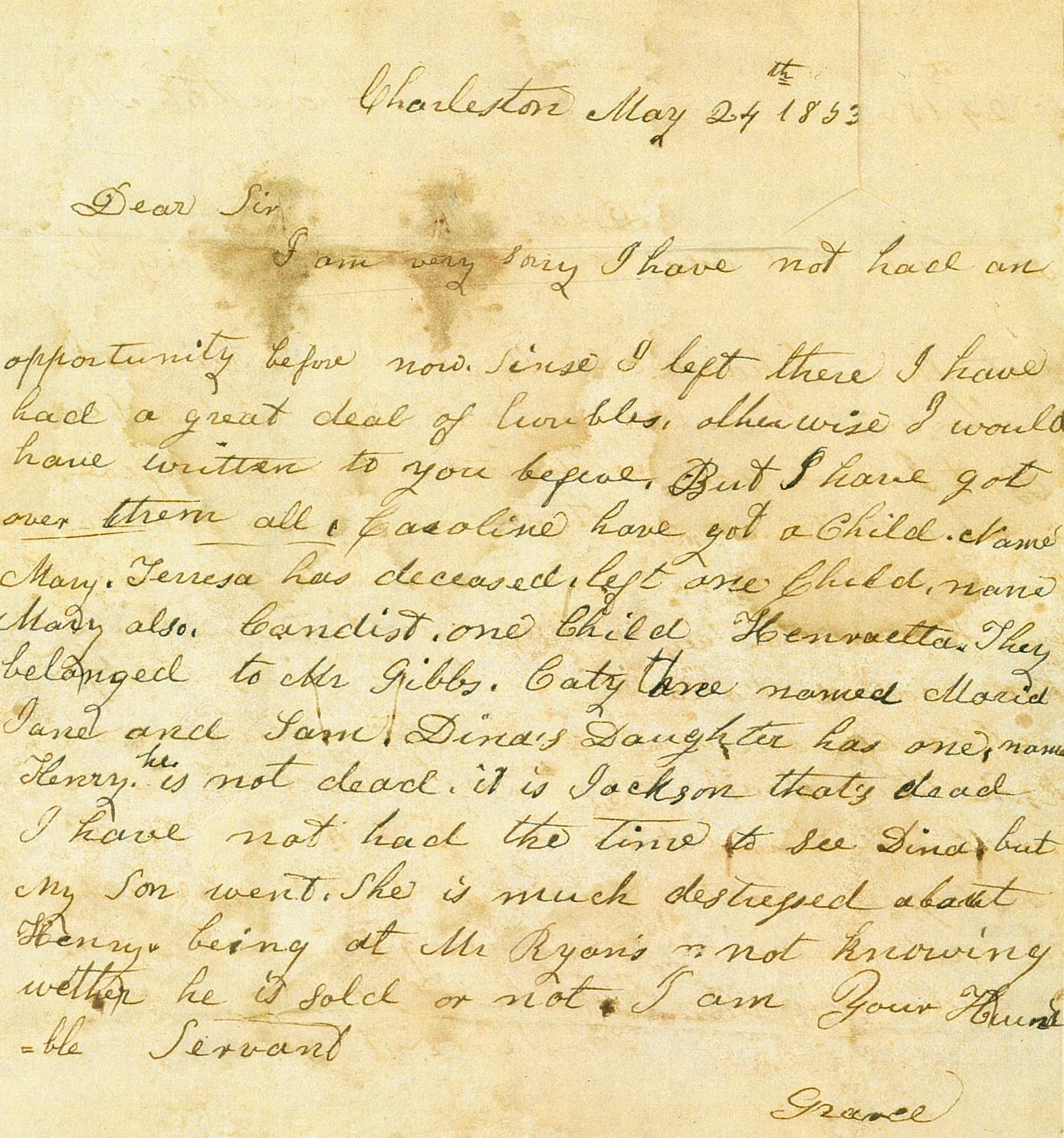 A letter dated May 24, 1853 written by Grace, an enslaved woman, concerned the whereabouts of loved ones dispersed after the death of their former enslaver. Grace named fifteen individuals, many of whom were sold at “Ryan’s Mart“, the site at 6 Chalmers St. in Charleston infamous for the number of human beings auctioned to the highest bidder. In this short letter, Grace indicated not only the names of fifteen persons but also their affinities – mothers, daughters, sons – and the deep turmoil and destruction caused by the ripping apart of families: “I have not had time to see Dina but my son went. She is much destroyed about Henry being at Mr. Ryan’s not knowing whether he is sold or not.”