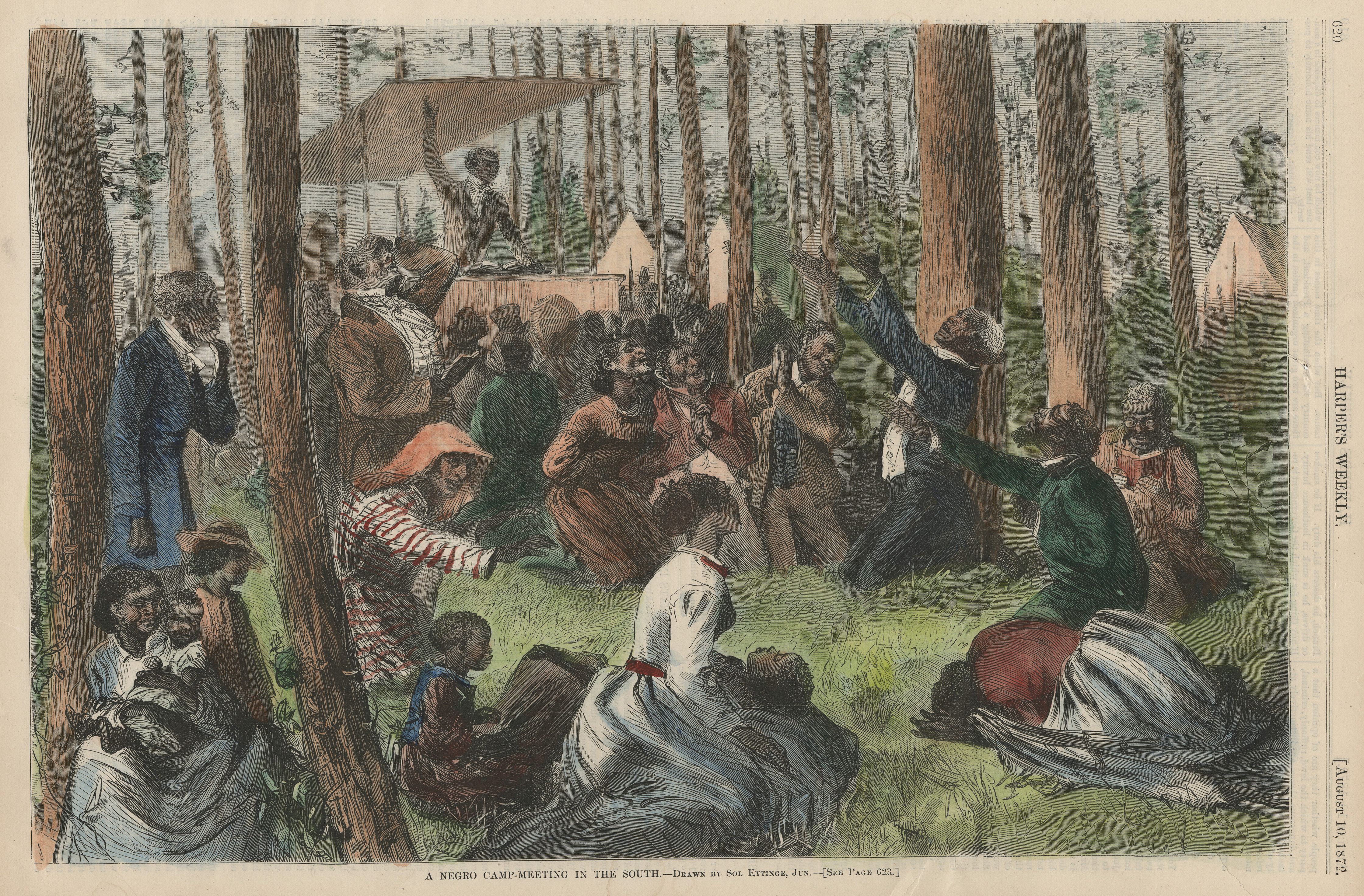 A hand-colored engraving entitled “”A Negro Camp Meeting in the South” published in Harper’s Weekly in 1872 depicted worshippers out-of-doors while an excerpt (below) from the founding minutes of St. Mark’s Episcopal Church in South Carolina illustrates the efforts of a Black congregation to secure brick and mortar space in the “Orphan Chapel”. According to one scholar, people of color “continued the processes of organizing separate churches that had commenced well before the American Civil War. For example, the African Methodist Episcopal Church and the A.M.E. Zion church could boast several decades of growth before 1865 but their growth quickened during Reconstruction.”* 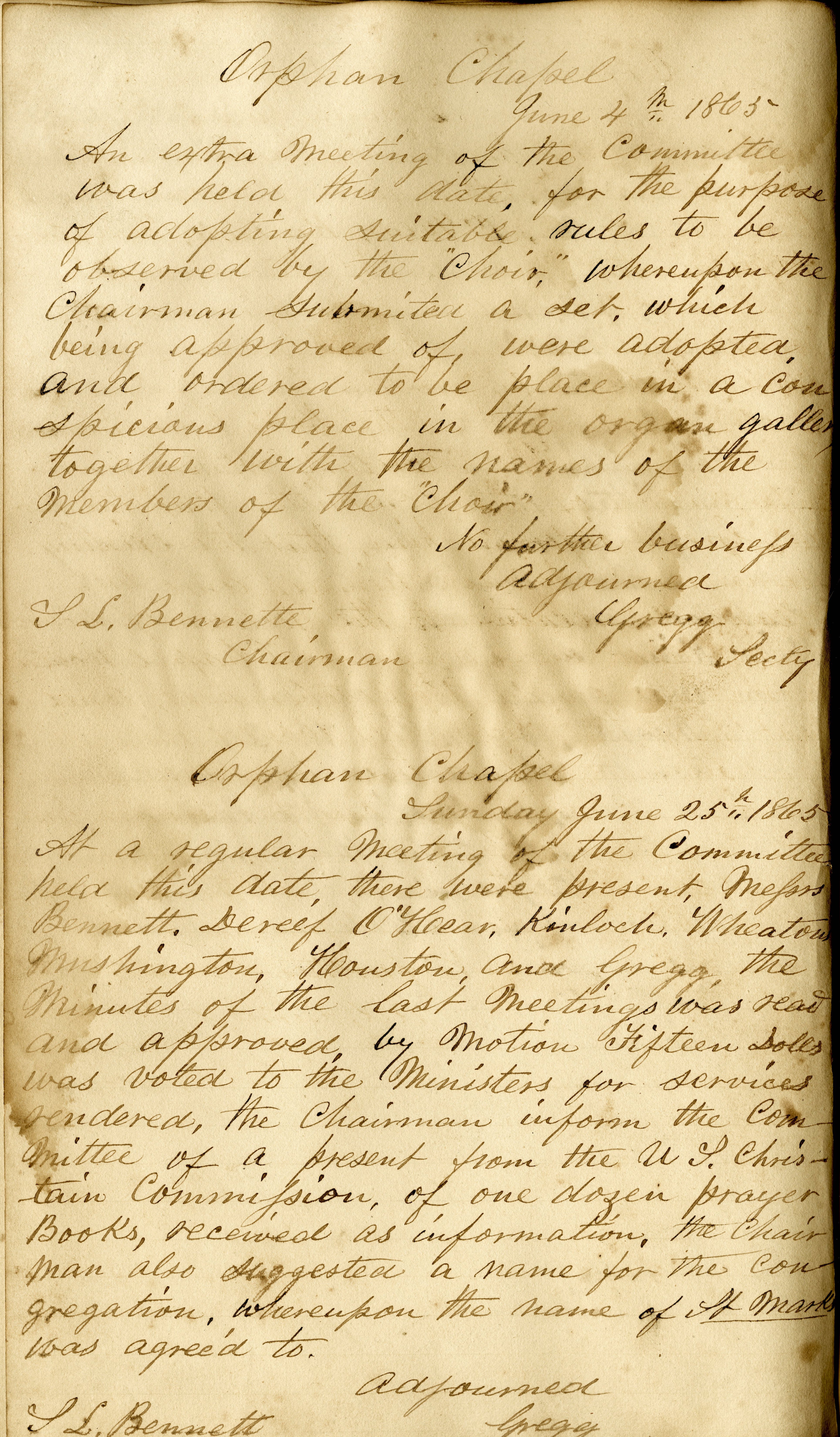 The church occupied a central role in organizing for civil rights during the Reconstruction era. Congregations also became spaces for protest at the sunset of the era.