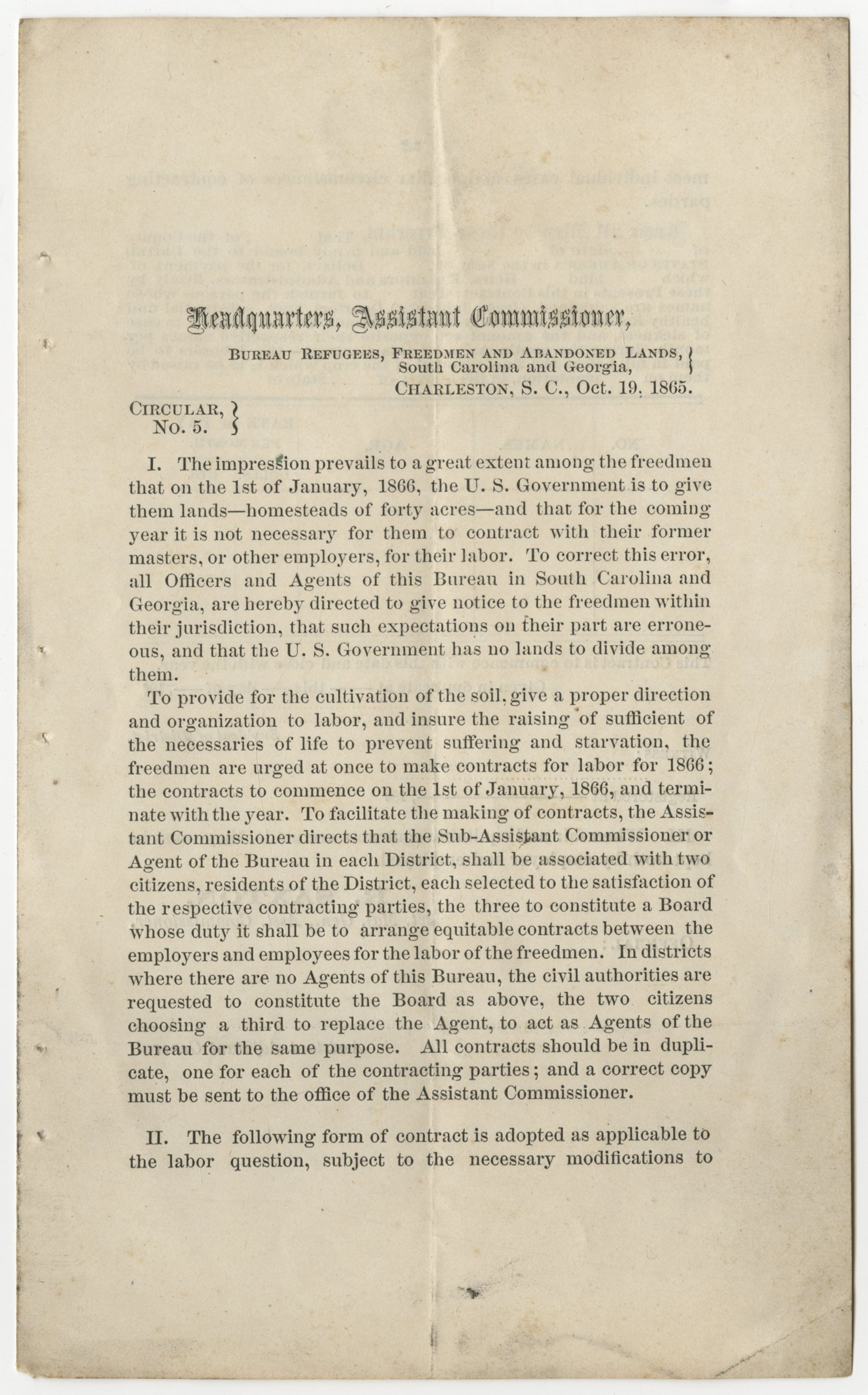 Early circulars and orders distributed by the Freedman’s Bureau for Refugees and Abandoned Lands illustrate the revocation of promises to redistribute southern land to newly freed persons. In October 1865, all Freedman’s Bureau agents were directed to “give notice to the freedmen within their jurisdiction that expectations [for land] are erroneous and that the U.S. Government had no lands to divide among them.” A board charged with “arranging equitable contract between the employers and employees for the labor of the freedmen” was established and freed persons were encouraged to enter into brokered labor contracts with former enslavers.

From the Collections of the South Carolina Historical Society 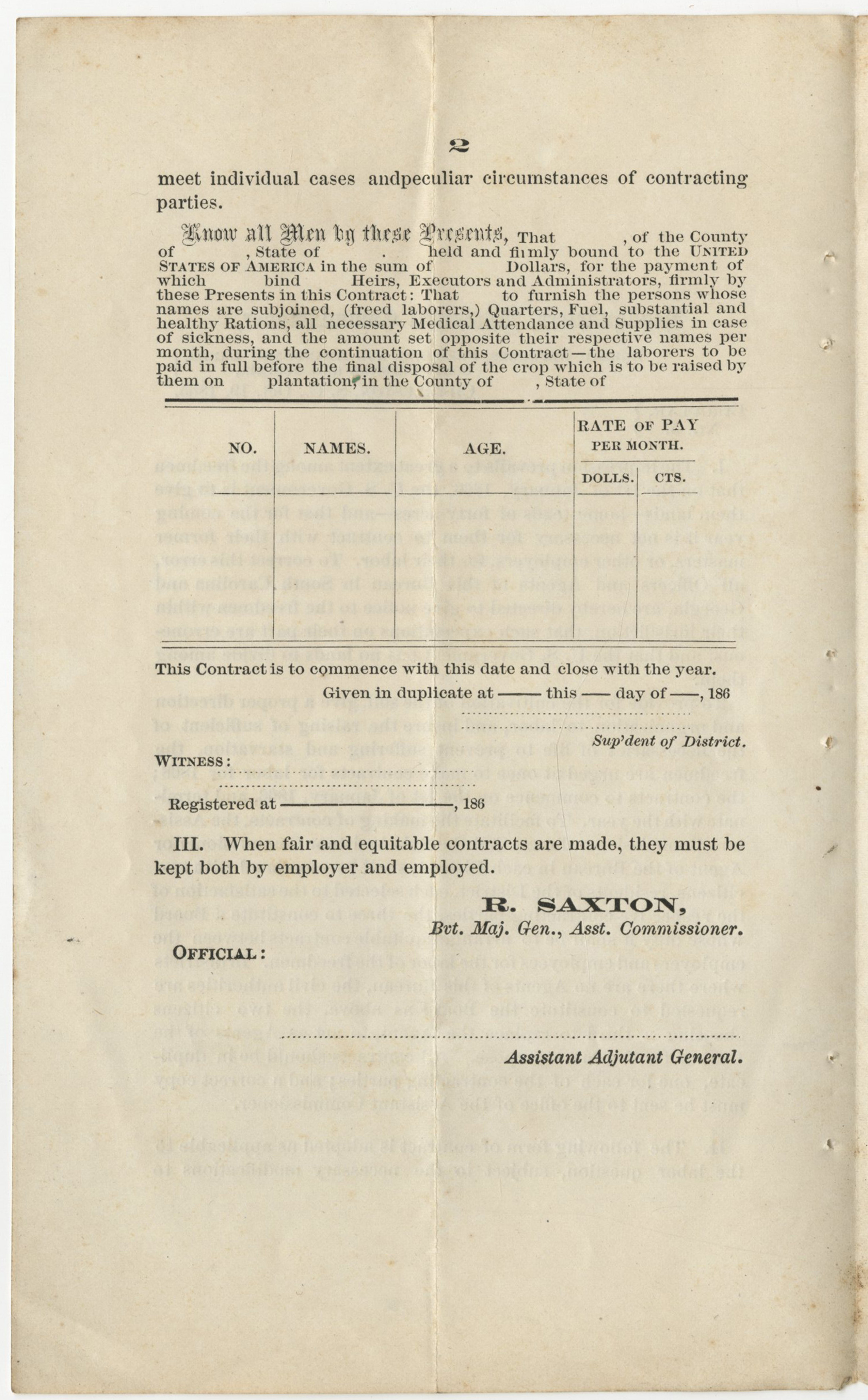 Circular No. 5 also included a sample contract form that provided “quarters, fuel, substantial and healthy rations, all necessary medical attendance and supplies in the case of sickness” as well as monthly pay.

From the Collections of the South Carolina Historical Society