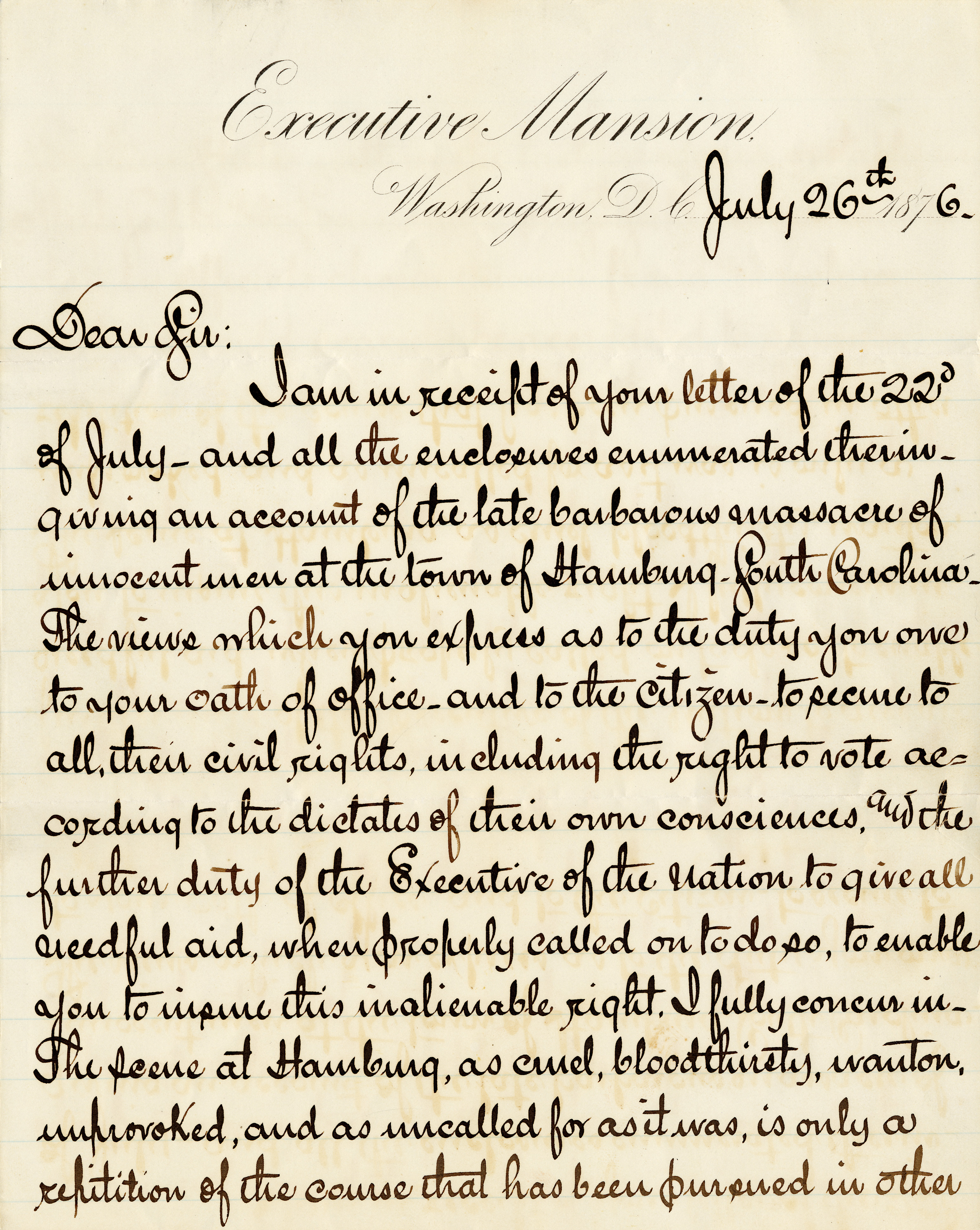 In 1876, the failures of Reconstruction era efforts were laid bare as incidents of racial violence escalated and flared. In July, the first of a series of atrocities, many of which were planned to disrupt Republican meetings and suppress Black voting through actual and threatened violence, occurred in Hamburg, South Carolina. Six Black men were murdered, while several more were wounded by a White mob. Although 94 White men were indicted for murder by a jury, none were prosecuted. 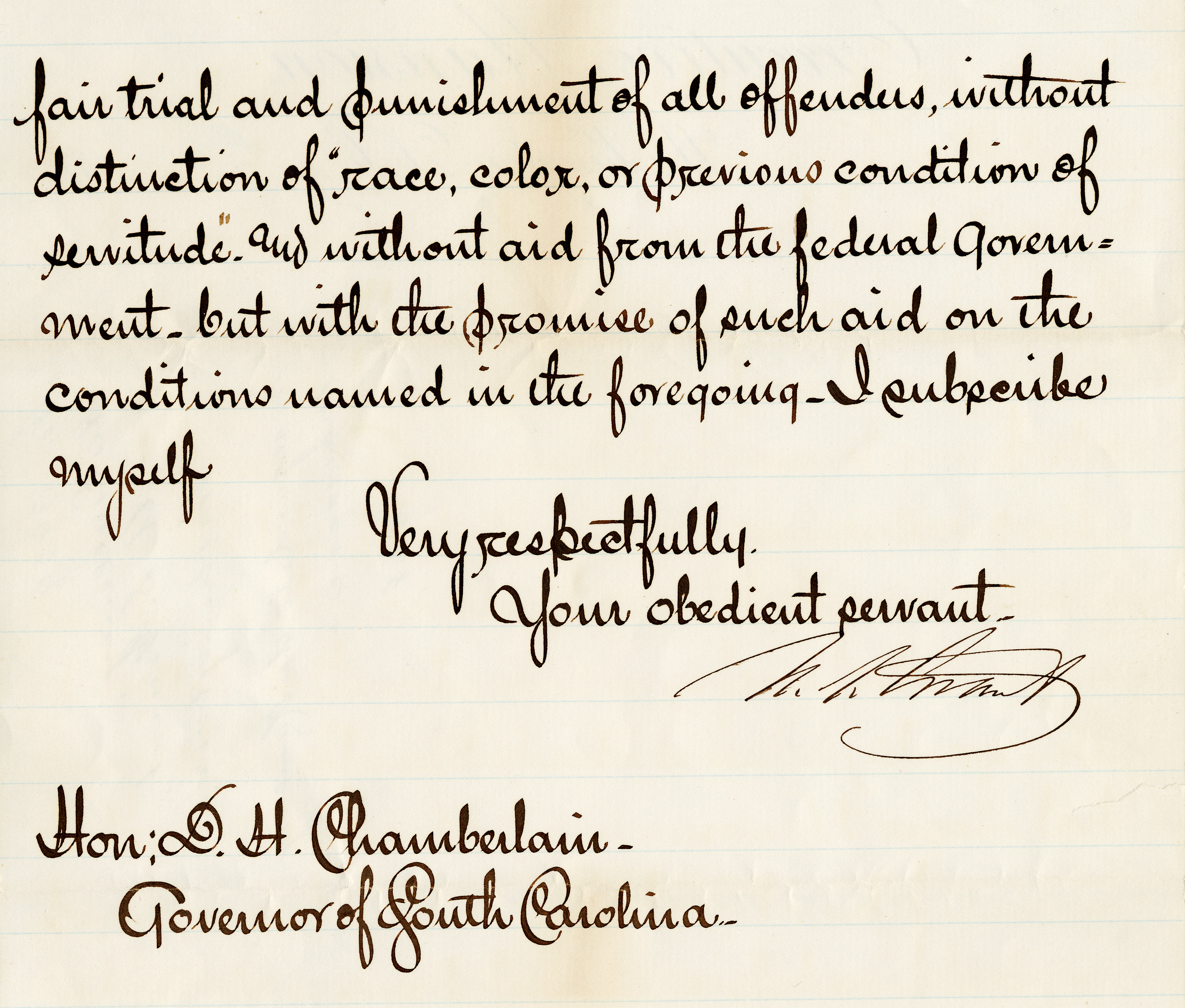 In the aftermath of the massacre at Hamburg, Governor Chamberlain wrote President Ulysses S. Grant seeking federally sanctioned action to protect “life, property, and all guaranteed civil rights” for Black South Carolinians. While Grant shared Chamberlain’s disdain for the “cruel, bloodthirsty, wanton, and unprovoked” murders, he admitted that it was “only a repetition of the course that has been pursued in other southern states” recently. Grant lamented the special “privileges claimed by a few states” to exercise the “right to kill negroes and republicans without fear of punishment and without loss of caste or reputation” but stopped short of providing any federal aid for punishing offenders

Full text of the letter is available here: USGrant_1876_Hamburg