This handsome Greek Revival house was built in 1835 by free woman of color Jane Prevost Wightman. Jane Wightman also owned the house next door at 38 Chalmers Street. According to 1850 city tax records, Jane Wightman was one of two black women in Charleston who had real property holdings valued over $10,000. In addition to homes on Chalmers Street, Wightman also owned a four acre farm in Charleston neck. Wightman’s longtime partner and father of her daughter Margaret was a white man named Dr. William Wightman. When she died in 1853, Jane Wightman owned eleven enslaved people.

38 Chalmers was later owned by Laura Bragg (1881- 1978) who was the director of the Charleston Museum and the founder of the public library, two institutions she opened to African Americans. 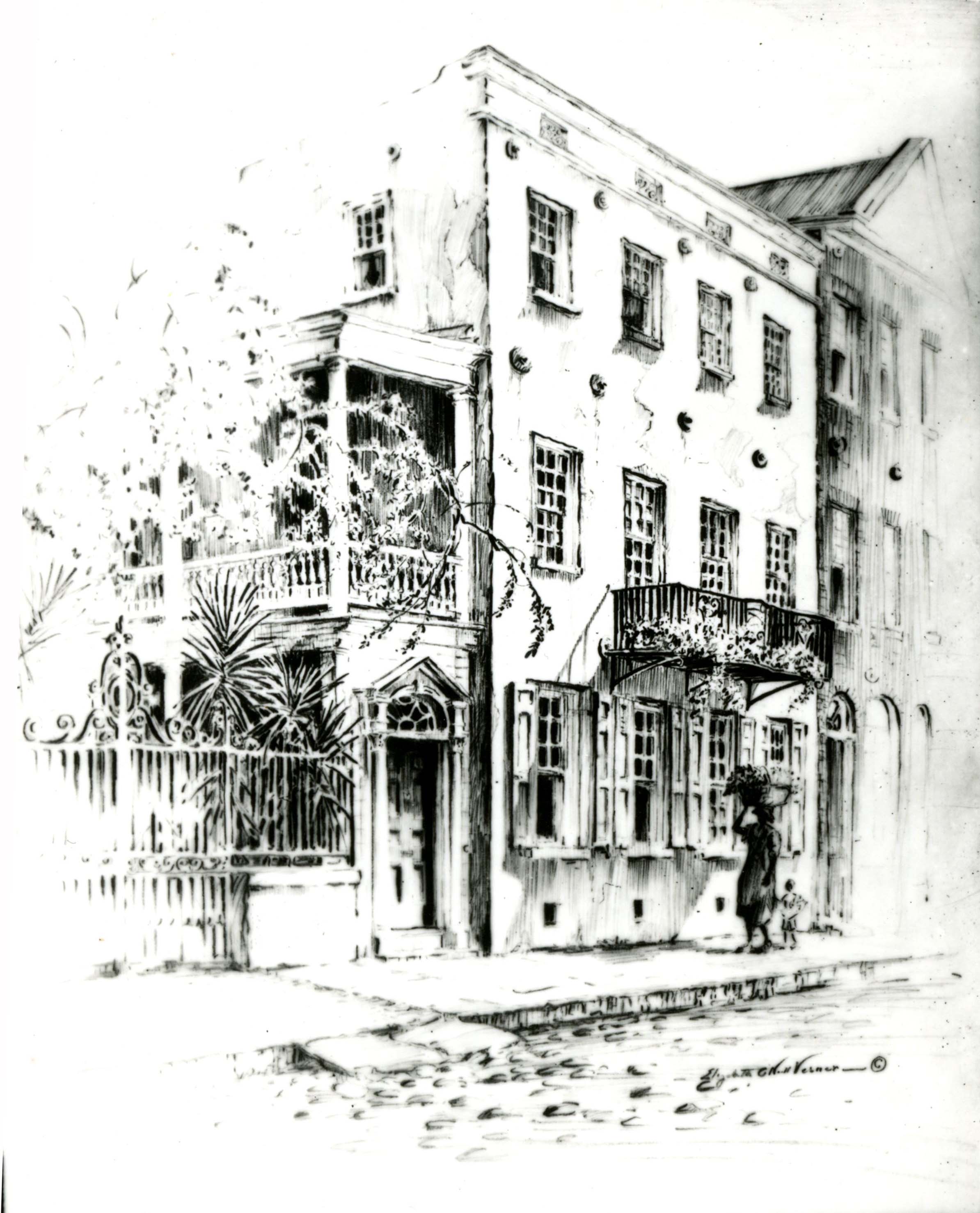