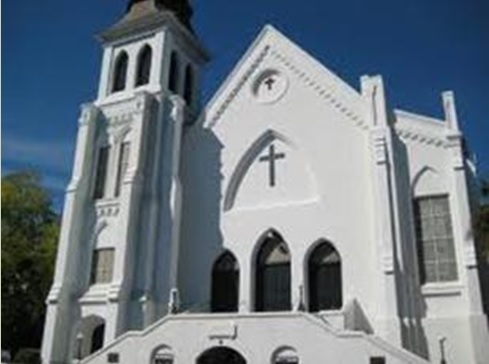 Building was reconstructed in 1891

This 1891 church building, replacing an earlier structure built after the Civil War, is home to a congregation that can trace its founding to free people of color and others ca. 1791. The Free African Society built a church near Hanover and Amherst Streets which was burned by whites after the Denmark Vesey slave conspiracy was uncovered, Vesey having been a member of the congregation. Though the church was rebuilt, it was shuttered in 1834, when a state law closed black churches. The congregation, meeting in secret, reconstituted itself in 1865 and built a church on this present site.